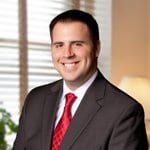 The trial court has entered judgment in your case. Now what? This series of articles will examine some common questions on appeals to Maine’s Supreme Judicial Court (or Law Court) in civil cases.

What is the Law Court?

Maine’s Supreme Judicial Court is the highest court in the state judicial system. Seven judged (called justices) make up the Court. The Court’s main job is to decide appeals of judgments made by Maine’s trial courts. When it is acting in this role, it called the Law Court.

What Does an Appeal to the Law Court involve?

The following is an overview of what happens in each phase.

Filing the Appeal and Assembling the Factual Record

To ask the Law Court to review the judgment in your case, you or your lawyer must file in the trial court a document called a Notice of Appeal. The trial court will send the court’s file, which contains all the evidence submitted in your case, to the Law Court. In most cases, you will also have to order a transcript and submit it to the Court. A transcript is the written record of everything that was said at trial.

Briefing by the Parties

After the appeal has been filed and the record sent to the Law Court, a briefing schedule will be issued. Written arguments detailing why the Court should rule in favor of the party are called briefs. This schedule sets the deadlines for each of the parties to file briefs.

Consideration by the Law Court

After the parties have filed their briefs, the Court usually schedules the case for oral argument. At oral argument, the attorneys for the parties will make verbal presentations to the Court and answer the Court’s questions on the issues in the case. In some cases, the Court might choose to take the case “on briefs.” This means that the Court will decide the appeal based on the parties’ written arguments alone.

Finally, sometime after oral argument or consideration of the case on briefs, the Court will issue a written decision.

Future articles in this series will address other common questions about Law Court appeals, including:

The articles in this series are intended to provide general information, and are not a substitute for legal advice. If you have questions about the appeals process, or need to appeal a Court decision, please contact Rudman Winchell.

FMLA Considerations for the New Year

Which Type of Business Entity is Best for me? Part One
Array
Log in