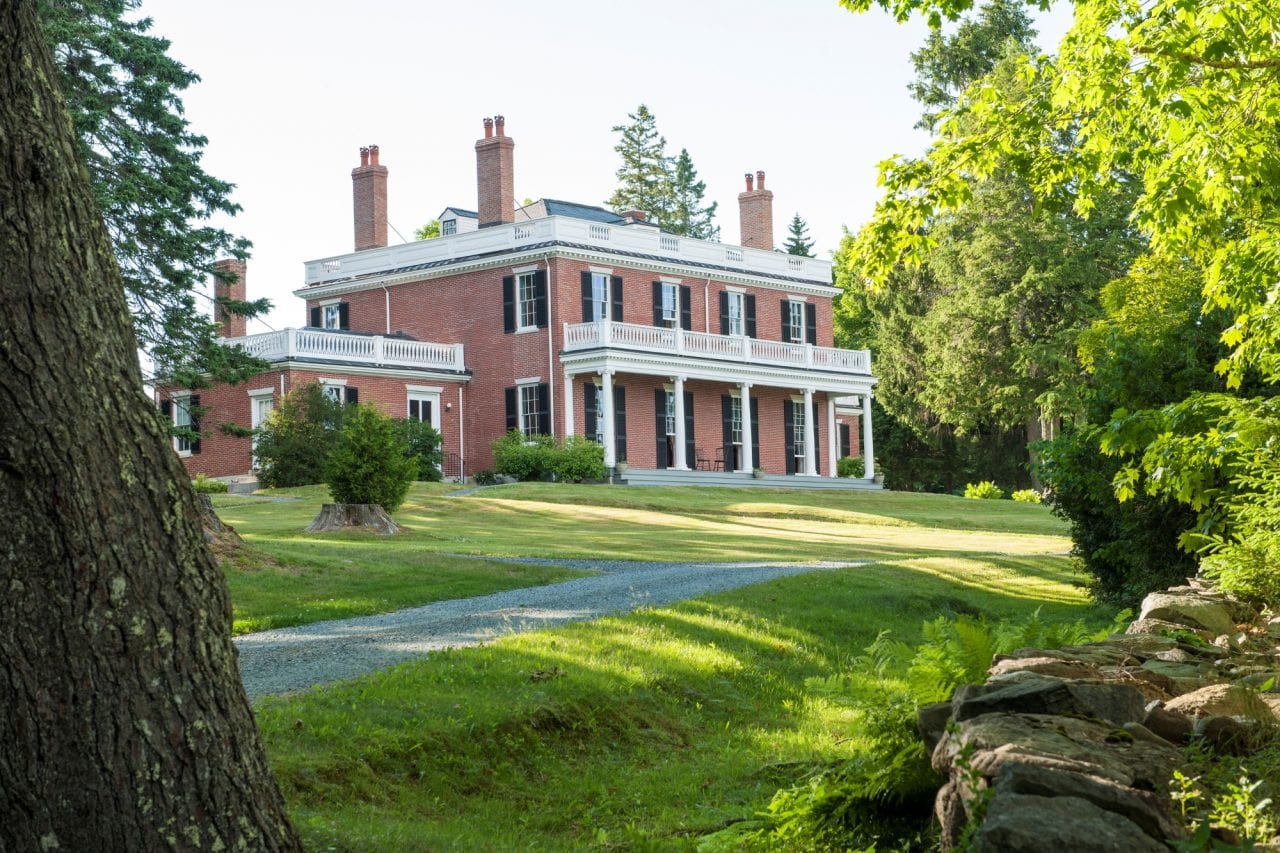 The Black House, is Federal in style with Greek revival overtones. It is based on a design from Asher Benjamin’s architectural book, “The American Builder’s Companion”. Construction on the house began in 1824 and in late 1827 or early 1828 Colonel John Black’s family moved in. The brick was shipped from Philadelphia and is laid without a visible header course. There are seven chimneys servicing nine fireplaces. The last member of the family to live at Woodlawn was George Nixon Black, Jr. Today, the Black House contains all of its original furnishings and collections and has been maintained for public use since 1929 by the Hancock County Trustees of Public Reservations.

Woodlawn’s Executive Director, Joshua Campbell Torrance said, “We are thrilled to be awarded this designation by House Beautiful and to be listed among so many historically significant houses across the country.” Torrance continued, “We are incredibly proud of this recognition and its reflection upon our beautiful city of Ellsworth, Maine.”

The news is perfectly timed as Woodlawn prepares for next week’s Ellsworth Antiques Show at Woodlawn (August 15-17). Attendees will now have the opportunity to tour “Maine’s Most Famous House” as part of their Show experience.

House Beautiful’s full article can be found at: https://www.housebeautiful.com/design-inspiration/g28568149/most-famous-houses-in-every-state/

Woodlawn is an educational, cultural, and recreational treasure for the people of Downeast Maine. The main house is open for tours May – October  and December 1-23. The public park is open year round, sunrise to sunset. 19 Black House Drive (off of the Surry Road-Rt. 172), Ellsworth, ME. For more information visit woodlawnmuseum.org.

About the Hancock County Trustees of Public Reservations
In 1901, the Hancock County Trustees of Public Reservations (Trustees) formed to acquire lands for free public use. The Trustees acquired nearly 5,000 acres and in 1916, donated their holdings to the United States, forming the core of what became Acadia National Park. Beyond Acadia National Park, the Trustees have owned and made the Woodlawn estate, home of the famous Black House, available for public use and enjoyment since 1929. In time, they developed Woodlawn into a widely prized and beloved cultural institution, with their efforts ongoing today. Visit hctpr.org to learn of the numerous land donations the Trustees have made over several decades – creating a lasting legacy by building a sense of place and community pride enjoyed by millions each year.