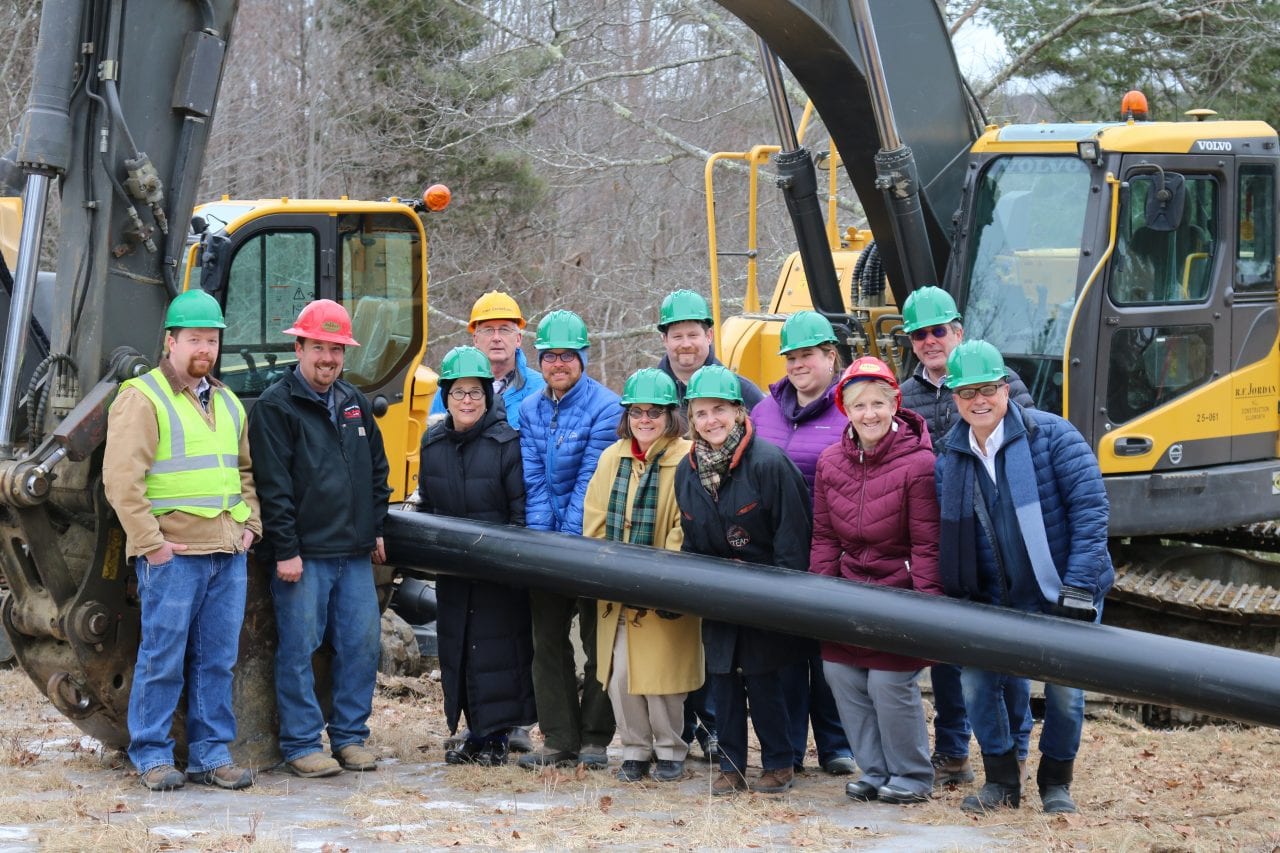 Ellsworth –  The Hancock County Trustees of Public Reservations (Trustees), governing board of Woodlawn, have launched a project to improve the utilities (water, sewer, power, and communications) on the 180-acre historic estate. This project is the first phase of the larger project to rebuild the Carriage Barn. EL Shea is the general contractor for the project with RF Jordan and King Electric as sub-contractors with design services from Oudens Ello Architecture and Hedefine Engineering & Design.

The installation of the new utilities is the first phase of the project to transform the Carriage Barn into an engaging, year-round space for student programs, large functions, changing exhibitions and other public programs. The project received planning board approval and a Certificate of Historical Appropriateness from the City of Ellsworth in the winter of 2018. Since then, the Trustees improved the project by incorporating the barn’s existing stalls and tack room (the most historically significant part of the barn) into the design of the facility. A full basement was added for greater flexibility.

According to Woodlawn executive director Joshua Campbell Torrance this first step is significant to Woodlawn in several ways, “Not only is it the first step of the Carriage Barn project, it vastly improves the fire safety and security of the Black House.” The new water line provides superior water flow and pressure which dramatically increases the fire safety systems in the Black House. Bringing three-phase power underground from the Surry Road, as well as the installation of a backup generator, provides a measure of stability which will help ensure the security of the house and its irreplaceable contents.

The details of the Trustees plans, including information about the fundraising effort The Campaign for Woodlawn, are available at woodlawnmuseum.org.