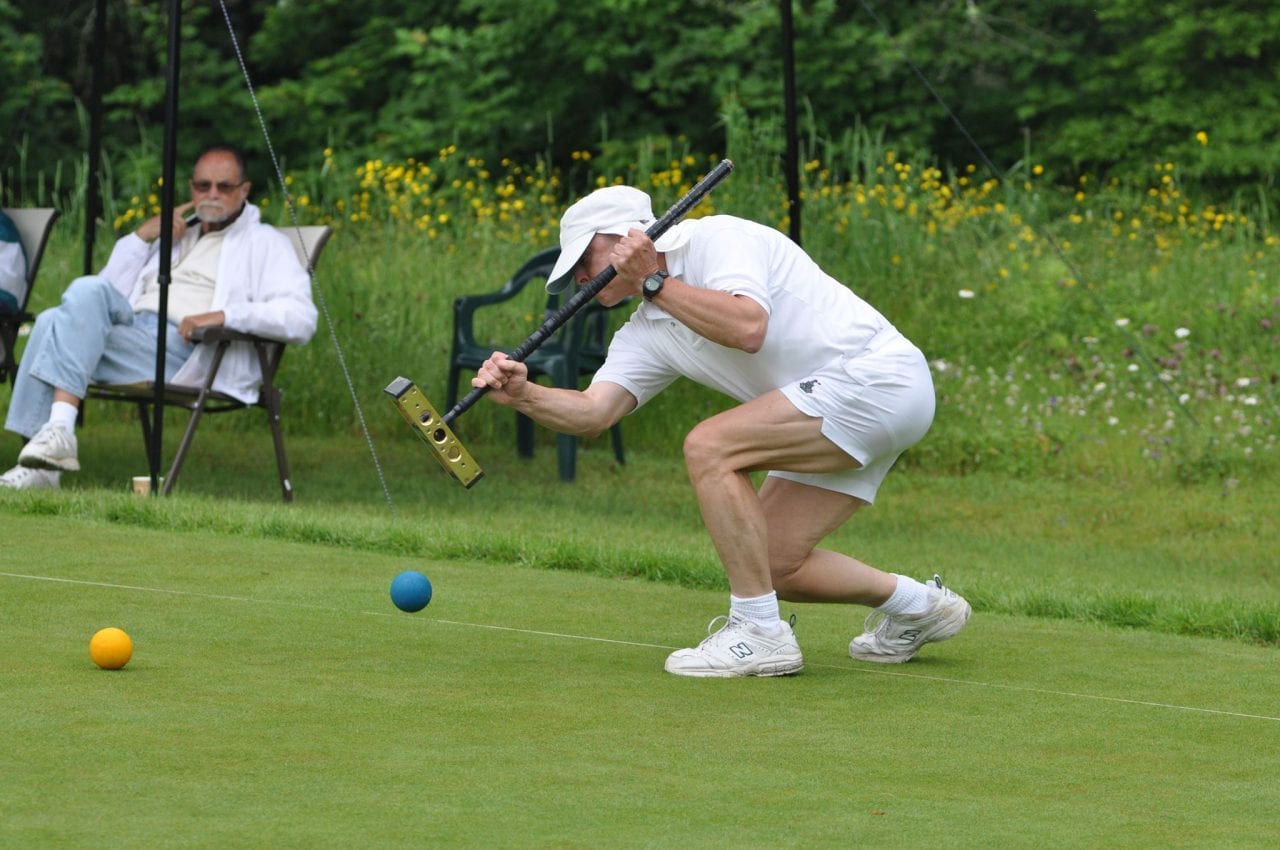 Ellsworth –   The 2018 Woodlawn Invitational Croquet Tournament will be held Thursday, June 14 to Sunday, June 17. Tournament play begins at 8 a.m. and winds up about 4 p.m. each day. Players enjoy four days of play on Woodlawn’s croquet court which is Maine’s only tournament sized croquet court, and several other courts in the area. Spectators are welcome, free of charge.

The Woodlawn Invitational Croquet Tournament is open to all USCA members. Tournament play will center on the full-sized court at Woodlawn estate in Ellsworth, Maine. Other area courts used for the tournament are the Sorrento Croquet Court in Sorrento, Tapley Cove Croquet Court in Brooksville and the Hinckley Court in Southwest Harbor. Entrants are limited to 30 players this year. Each court will be open for practice on Wednesday afternoon, June 13. Play starts on Thursday morning, June 14 and ends on Sunday afternoon, June 17. Winners in each flight will have their names engraved on the Chapman/Gould Memorial trophy which will be displayed at Woodlawn. Trophies will be awarded to the top three players in each flight.

According to tournament manager, Perry Mattson, “The tournament is a local favorite, welcoming spectators on all four days culminating with a championship round on the final day.” For further information, call Perry Mattson, Tournament Manager at 207-667-9335 or email at [email protected].

Woodlawn is an educational, cultural, and recreational treasure for the people of Downeast Maine. The main house is open for tours May 1 – October 31 and December 1-23. The public park is open year round, sunrise to sunset. 19 Black House Drive (off of the Surry Road-Rt. 172), Ellsworth, ME. For more information visit woodlawnmuseum.org.