Woodlawn Numbers Up During Regular Season 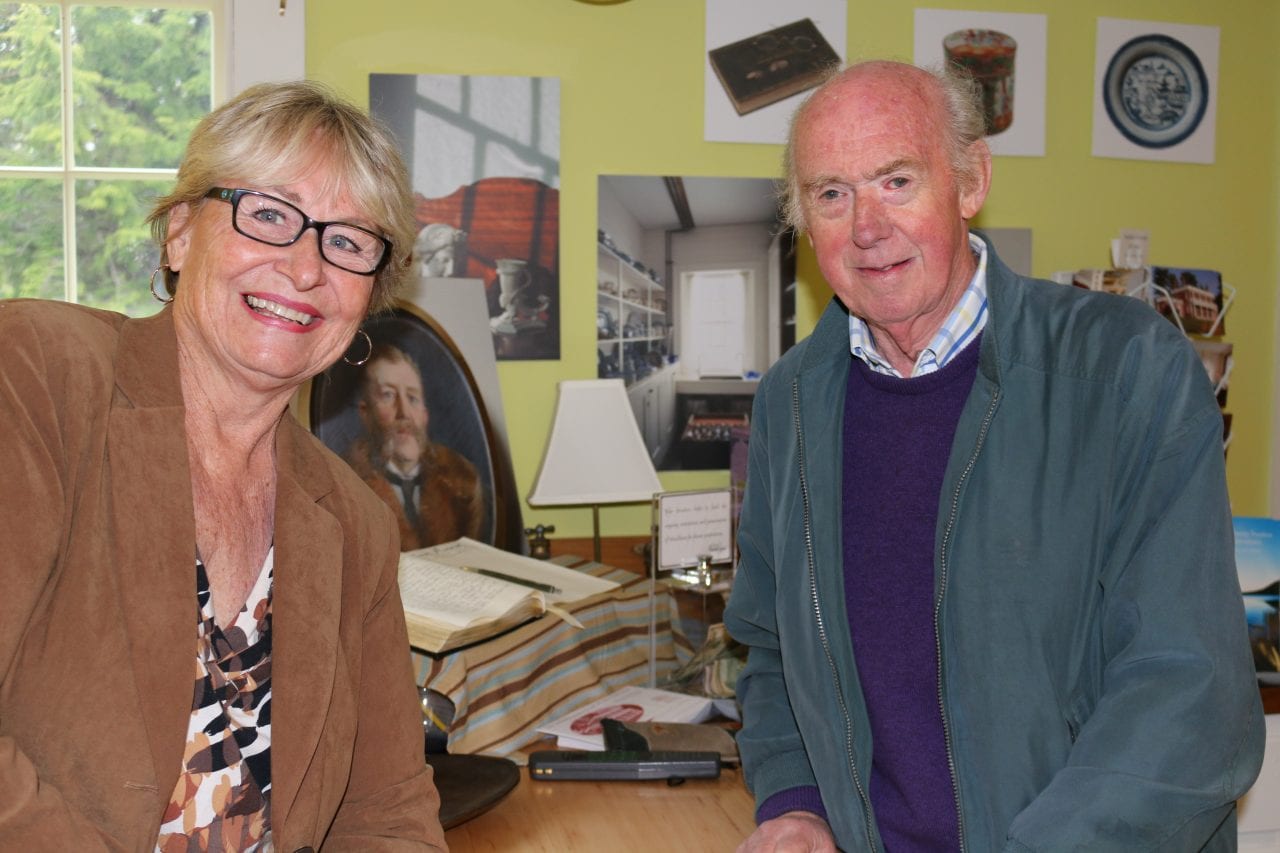 Photo – Woodlawn guest attendant, Janett Olivares, enjoyed meeting the first known visitor to the estate from a crown dependency in late May. The man identified himself as Christopher from the Isle of Man.  He said he visits the area frequently and not yet discovered Woodlawn.  Not only was Christopher from a unique part of the world, he also took the prize for the longest visit in 2017, enjoying the house and discussing its history with staff for nearly three hours.

ELLSWORTH- Woodlawn is pleased to announce a busy summer has resulted in a very successful regular season for the historic estate.

From May 1 to October 31, Black House tour admissions were up 21.6% with visitors coming from across Maine, 39 states, 10 foreign countries and 1 crown dependency, the Isle of Man.  An architectural group on a Classical Excursions bus tour of New England visited in August and received a private tour of the estate, adding a nice boost to the month’s attendance.

The popular Woodlawn School Program, which welcomes over 1,000 students to the estate each year for academic programming, had a 9% increase in attendance. And, it expanded its reach by adding two new schools to the roster. By year end, the program will serve students from Ellsworth, Bar Harbor, Otis, Mariaville, Franklin, Sullivan, Blue Hill, Dedham, Surry, Trenton, Steuben, Eastbrook, Holden, Penobscot and Mohegan Island.

The Ellsworth Antiques Show at Woodlawn in August netted $26,000.  The proceeds from the Antiques Show go to the Woodlawn Education Fund which allows students to attend the Woodlawn School Program free of charge, including transportation as needed. The Opening Night dinner was a sell-out and the antique dealers reported brisk sales.

The Woodlawn Croquet Program thrived and offered two tournaments, the Woodlawn Invitational in June and the Big Lobster Croquet Festival in September.  The tournaments attracted players from across the United States and Canada.  The Woodlawn players welcomed the public for Tuesday Golf Croquet throughout the regular season.  A number of Woodlawn players also gave generously of their time to work with students, teaching them golf croquet as part of their Woodlawn School Program visit.

Woodlawn credits some of these increases to having participated in a national visitor survey called Visitors Count in 2015. The program, offered through the American Association for State and Local History provided Woodlawn with valuable information including ways to strengthen its marketing efforts.  According to Woodlawn’s executive director, Joshua Torrance, “We now have a much better understanding of how people are learning about the property and what influences them to visit the estate. Word of mouth and online information were heavily favored by our visitors.  We have put systems in place to communicate regularly with our local tourism partners, and expand our online presence. This has made a positive impact on our admissions.”  Woodlawn’s participation in Visitors Count was funded by the Maine Community Foundation.

Visit woodlawnmuseum.org and Woodlawn’s FaceBook page to read more on the yearly activities and programs.

Woodlawn is an educational, cultural, and recreational treasure for the people of Downeast Maine. The main house is open for tours May 1 – October 31 and December 1-23. The public park is open year round, sunrise to sunset. 19 Black House Drive (off of the Surry Road-Rt. 172), Ellsworth, ME. For more information visit www.woodlawnmuseum.org.

The Grand screens a special presentation of “Community Conservation: Finding the Balance Between Nature & Culture”
Array
Log in