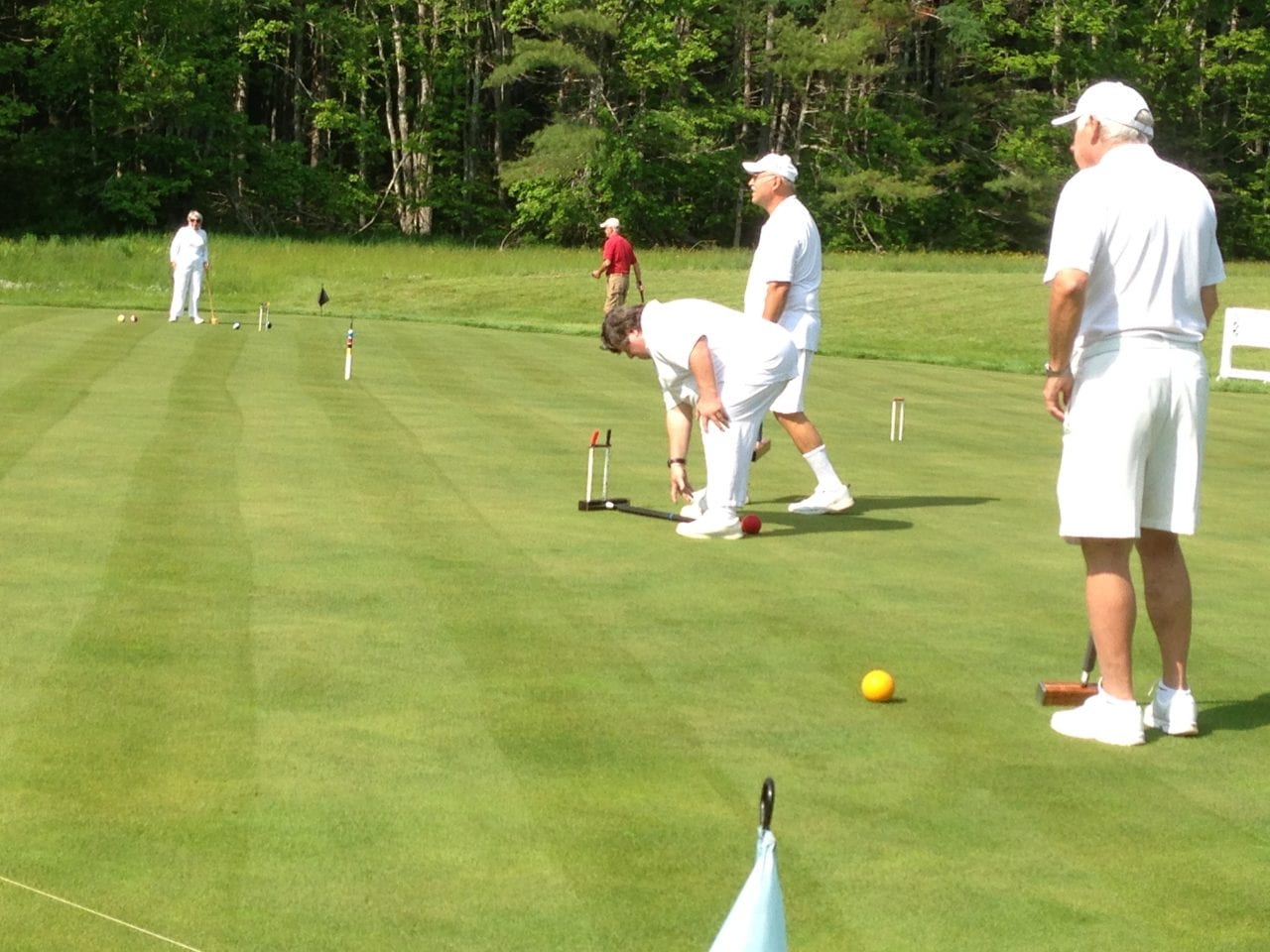 Ellsworth – Woodlawn is pleased to announce the 2017 Big Lobster Invitational Croquet Tournament will be held Wednesday, September 6 through Sunday, September 10.  The tournament includes five days of spirited croquet play on the coast of Maine and is sponsored by the Woodlawn Croquet Program.  Spectators are welcome.

The 2017 Big Lobster Invitational Croquet Festival aka “the Big Lobster” includes a unique blend of six and nine wicket competition in various Downeast Maine settings, amazing views of Acadia National Park and delicious Maine lobster. The event opens with a reception and BBQ for the players on Tuesday evening, Sept. 5 at The Common Good in Southwest Harbor.  The first two days of the tournament are the 9 wicket doubles, and play will be at the Claremont Hotel’s two courts and Tina Hinckley’s tow courts in Southwest Harbor. The tournament will shift to American rules sanctioned six wicket play on Friday morning, September 8 for two days of block play using the Woodlawn Court and several courts in Southwest Harbor.  Play begins at 8:00 a.m. on Friday morning and will continue thru Sunday when the six wicket championship games will be held at Woodlawn ending around 2:00 p.m.  This year, in addition to Maine players there will be participants from Florida, Nebraska, Missouri, Maryland, New Jersey, New Hampshire and Massachusetts. All are competing for the bragging rights to be named a Big Lobster Champion.

The “Big Lobster” Croquet tournament was the brainchild of Larry Stettner, a founding member of Woodlawn Croquet.  Stettner, who died May 1, 2017 was a real croquet enthusiast and started the MDI Croquet club when he retired to SW Harbor from teaching at Wayne State University in Detroit in the late 1990`s.   The MDI Croquet club sponsored the “Big Lobster” for many years before it came to the Woodlawn Croquet program.  This year the Big Lobster Tournament will be dedicated to Larry Stettner.

The tournament started in the late 1990`s and has been scheduled every other year since then.  According to Perry Mattson, Woodlawn Croquet participant and tournament manager, “It is a very unique tournament in that it uses both 9 wicket doubles and six wicket singles play.  The nine wicket doubles uses a variation of the Claremont Hotel Classic Tournament rules and is similar to the backyard version of 9 wicket croquet played for years by many families. The six-wicket singles play uses the American rules.” The “Big Lobster” is a favorite of many players and attracts some top-notch croquet players in the United States and Canada.

Woodlawn is an educational, cultural, and recreational treasure for the people of Downeast Maine. The main house is open for tours May 1 – October 31 and December 1-23. The public park is open year round, sunrise to sunset. 19 Black House Drive (off of the Surry Road-Rt. 172), Ellsworth, ME. For more information visit www.woodlawnmuseum.org.

Healthy Acadia Offers Tips for Eating Better on a Budget