Woodlawn Celebrates Completion of Phase One in Facility Upgrade Project 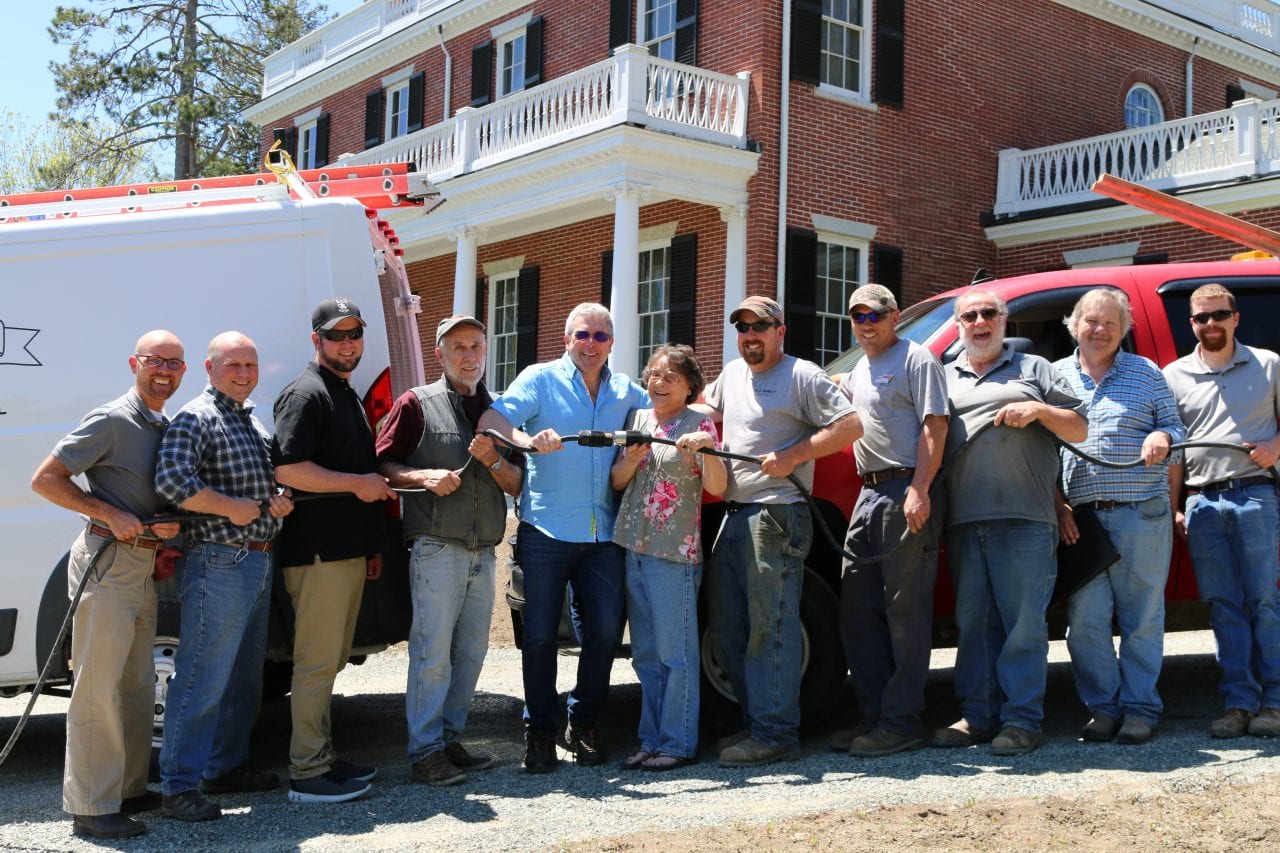 Ellsworth –  The Hancock County Trustees of Public Reservations (Trustees), governing board of Woodlawn, along with project team members recently celebrated the completion of the first phase in their facilities upgrade project on the 180-acre historic estate. Water, sewer, power, and communications have all been upgraded over the last few months. Improvements include a new water line, stormwater mitigation, three-phase power, improved fire safety, and data and communications upgrades.

“The crew from E.L. Shea, R.F. Jordan and King Electric put forth a herculean effort during adverse weather conditions this past winter and spring.” said Woodlawn’s executive director Joshua Torrance. He continued, “With this first phase complete, we are excited to wrap up fundraising efforts and start on the next phase of projects.”

E.L. Shea is the general contractor for the project with R.F. Jordan and King Electric as subcontractors. Design services are being provided by Oudens Ello Architecture and Hedefine Engineering & Design. The details of the Trustees’ plans, including information about the fundraising effort The Campaign for Woodlawn, are available at woodlawnmuseum.org.

Woodlawn is an educational, cultural, and recreational treasure for the people of Downeast Maine. The main house is open for tours May 1 – October 31 and December 1-23. The public park is open year round, sunrise to sunset. 19 Black House Drive (off of the Surry Road-Rt. 172), Ellsworth, ME. For more information visit woodlawnmuseum.org.