TEMPO Encores “The General” at The Grand! 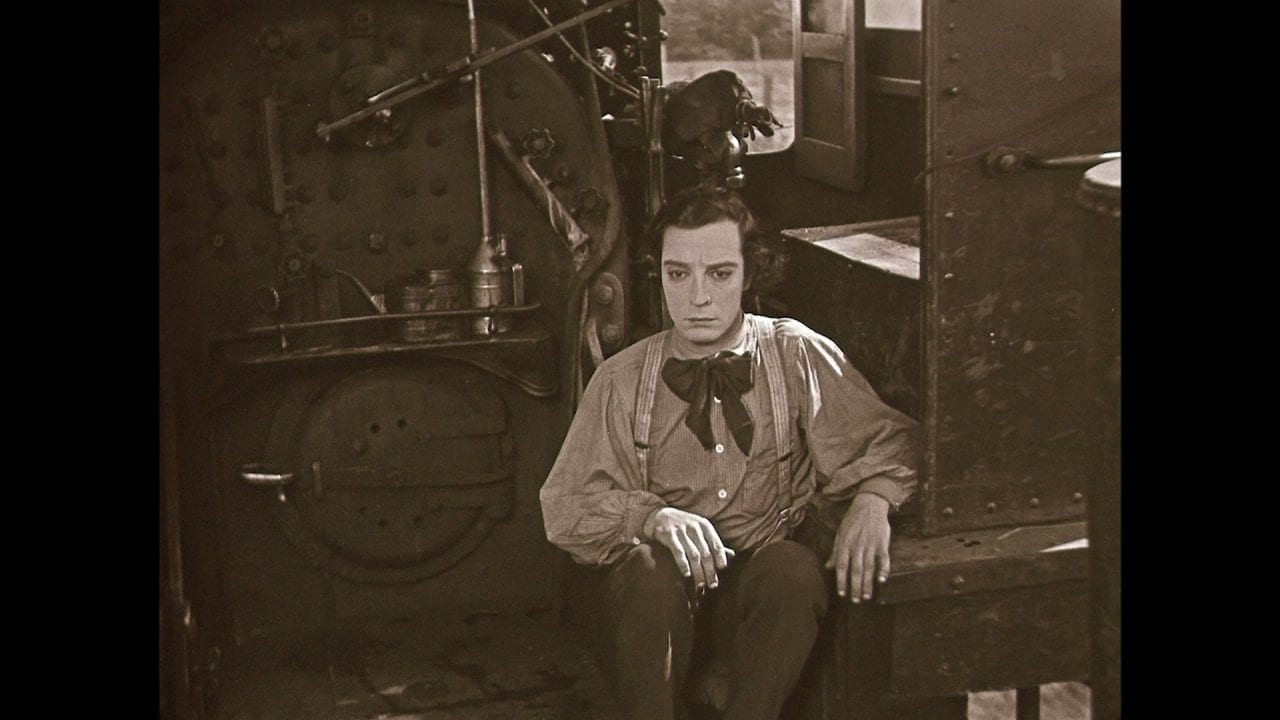 ELLSWORTH- It’s live music with a silent film as TEMPO-The Eastern Maine Pops Orchestra for Young Musicians- presents an encore of their performance of an original score by Rebecca Edmondson as accompaniment to Buster Keaton’s classic comedic silent film, “The General,” in an encore screening event at The Grand on Saturday January 20th at 7 pm. Tickets are General Admission and are $15 for Adults/ Seniors and $10 for Students 15 and under. They are available at The Grand box office (667-9500) or online at www.grandonline.org.

On Saturday, January 25th 2014, TEMPO brought an all-new original score that was played live by the youth orchestra in synch with Keaton’s comedic take on the Civil War- And the audience raved and wanted more! So, The Grand and TEMPO have joined forces to bring back this uniquely, entertaining experience for the DownEast and surrounding communities.

The orchestra is conducted by Rebecca Edmondson – composer of this new score- and Ethan Edmondson, with an all-age collection of local musicians from all over Central and Downeast Maine (some traveling from as far away as Herman and Benedicta). Every Saturday morning this group has rehearsed on stage at The Grand in preparation for this encore.

The film- set during the Civil War- stars Keaton as Johnny Gray, a Southern railroad engineer who loves his train engine, The General, almost as much as he loves Annabelle Lee (Marion Mack). When Northern spies steal the General (and, unwittingly, Annabelle), the story switches from drama and romance to adventure mixed with Keaton’s trademark deadpan humor as he uses every means possible to catch up to the General, thwart the Yankees, and rescue his darling Annabelle- for starters!

So bring a friend, share the experience, and attend The Grand Saturday January 20th at 7 pm for a special encore event: TEMPO- The Eastern Maine Pops Orchestra for Young Musicians- performing an original score as an accompaniment to Buster Keaton’s classic comedic silent film, “The General”.

For more information on these or other Grand events, including on Tuesday, January 23rd at 6 pm the next CineGrand movie selection – the extraordinary true story of an unexpected friendship in the later years of Queen Victoria’s (Academy Award winner Judi Dench) remarkable rule, “Victoria and Abdul”– please call the box office at 207-667-9500 or visit The Grand website at www.grandonline.org or follow us on Facebook at https://www.facebook.com/pages/The-Grand-Auditorium/112755987339