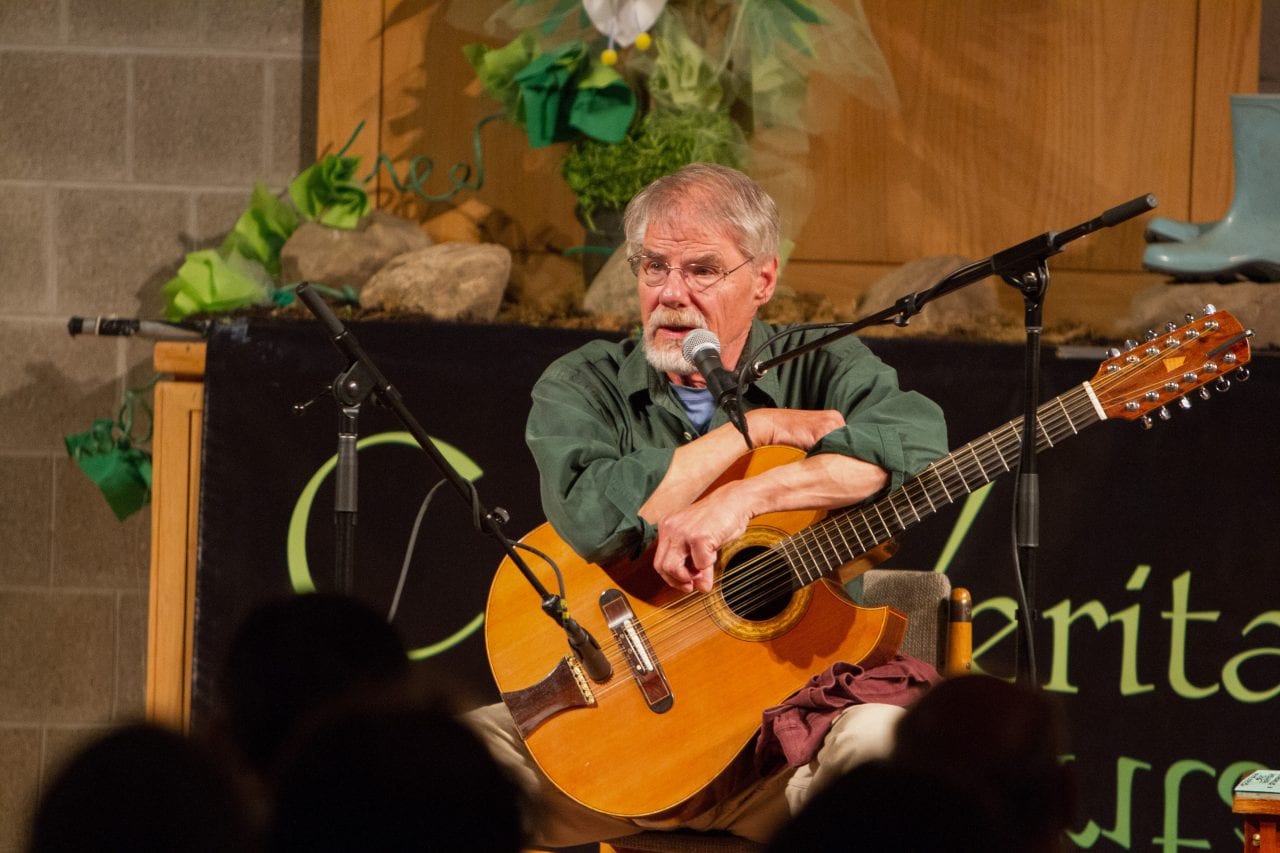 Folksinger Gordon Bok, deemed by Time Magazine the “poet laureate of those who go down to the sea in ships”, to perform at the Stonington Opera House.

Stonington –  Opera House Arts (OHA) is thrilled to announce an evening with Gordon Bok in Concert on Saturday, July 14 at 7pm at the Stonington Opera House.

“We are incredibly fortunate to have Gordon performing at the Opera House this summer,” said Interim Artistic Director Peter Richards. “He is dearly beloved here in DownEast Maine, and rightfully so.”

Bok grew up in Camden, Maine, where he started singing and playing guitar at an early age, inspired by both his musical family and his coastal environment. He worked on or near the water much of his earlier years, in shipyards and on sailing vessels, serving in every capacity from dishwasher to captain. As the original first mate on the sloop “Clearwater”, he toured the New England coast with the Hudson River Sloop Singers.

Bok’s music is largely self-taught. He has learned many songs and stories from people he has worked with and continues to do so. He performs with 6- and 12-string guitars as well as a baritone viol da gamba – which he designed himself. He also sings a cappella, plying the resonant bass-baritone voice that has become a Bok trademark.

His repertoire consists of a rich trove of ballads of Maine and the Maritimes, songs and dances of the Americas and abroad, stories of boats and sailors, tales of seal- folk and cantefables of his own composition, contemporary songs and instrumentals.

He has recorded over thirty albums, solo and with other musicians, and performs at folk clubs, concert halls and festivals throughout the U.S., Canada, Great Britain and Scandinavia. He has appeared in concert with the Paul Winter Consort, the Indianapolis Symphony Orchestra and “A Prairie Home Companion” among others. In the words of one critic, “If the sea had a voice with which to sing, it would be the voice of Gordon Bok.”

Tickets to Gordon Bok in Concert are $20, and can be purchased online at www.operahousearts.org, by phone at 207-367-2788, or in person at the Opera House Box Office, at the corner of Main and School Streets at the base of the commercial fish pier in downtown Stonington (Monday-Friday from 11 a.m. – 5 p.m.).

Opera House Arts, a 501(c)(3) nonprofit organization, was originally established to restore the historic Stonington Opera House, on the National Register of Historic Places, to its original role as a center for performance and a community gathering space. Now in its 18th year, OHA produces live theatre, music and dance in both the Stonington Opera House, and on our second stage, the restored Burnt Cove Church Community Center.

Ellsworth Harbor Park to Come Alive with Sounds of FLASH! in the Pans
Array
Log in