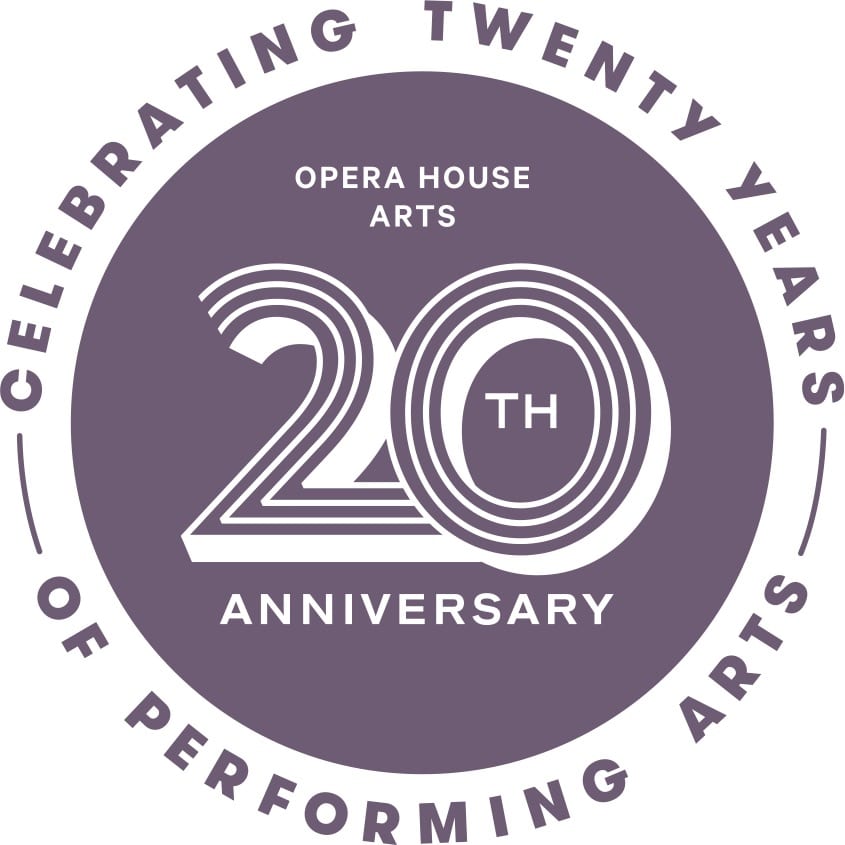 STONINGTON – Opera House Arts (OHA), under the new leadership of Per Janson, announces the performing arts center’s 20th anniversary season. OHA’s summer lineup will feature something for everyone, including Avalon, a world premiere at Nervous Nellie’s; Shakespeare in Love; a collaboration with Bates Dance Festival and The Yard; the 19th Annual Deer Isle Jazz Festival, featuring this year’s American Pianists’ Association Award winner; as well as plenty of concerts and family shows. This summer OHA also introduces Pay-What-You-Wish Previews for the first performances of its two mainstage theater productions as well as an expansion of its free ticket policy for students attending live performances to include all students from Hancock County, grades K-12.

“We’re delighted to announce our 20th season here at Opera House Arts,” said Janson. “As a newcomer here, I’m thrilled to celebrate an organization I’ve long admired. Over 20 years, there’s a lot to celebrate, and the season we’ve cooked up invites everyone to the party, old friends and new.”

The season kicks off June 3rd with The Worksong Project, a concert by Bennett Kosnesni, featuring his own twist on field hollers and sea shanties found deep in the Bagaduce Music archives. Following this delightful start is a series of Live! For $5 shows on Wednesday evenings, OHA’s signature family program. Audiences of all ages can catch Sue’s School of Dance, Jennifer Armstrong’s Songs & Stories, and Shane Miclon’s acclaimed juggling for just five dollars a ticket!

Miclon will also make a guest appearance at OHA’s 20th Anniversary Summer Gala on July 6th, where The Circus is the theme, and attendees can celebrate all things Under the Big Top!

Continuing the concert series throughout the summer are performances by acclaimed Russian pianist Arsentiy Kharitinov, as well as the soulful interpretations of Kafari and Jake Hoffman, who specialize in rhythm bones and banjo, honoring the roots of bluegrass and old-time music. Kafari and Hoffman will also host a free workshop for all ages on July 17th at the Burnt Cove Church Community Center.

Before July is through, OHA will open its 20th Shakespeare in Stonington production, Shakespeare in Love, by Lee Hall, based on the screenplay by Marc Norman and Tom Stoppard, and directed by Julia Sears. OHA’s very first departure from the Bard’s canon still promises all the drama, poetry, and wit you’ve come to expect. Shakespeare in Love, a clever adaptation of the Academy Award-winning film, is a tongue-in-cheek celebration of language, love, and the swashbuckling joy of making theater in Elizabethan London.

To further celebrate the classics, OHA’s concert series continues with members of the Bangor Symphony Orchestra as well as a free performance by the young artists of Kneisel Hall’s chamber music conservatory, both just before award-winning Happenstance Theatre’s vintage clowns take to the Opera House stage in Preposterous!, another whimsical Live! For $5 performance for the whole family.

In the spirit of riffing and improvisatory response comes a unique multi-disciplinary dance performance from Joanna Kotze and her team on August 6th. What will we be like when we get there is a playful collaboration with the Stonington Opera House itself, exploring the immediacy of space and the objects found there. Funded in part by a grant from the New England Foundation for the Arts, this performance is an extraordinary opportunity to witness creative spontaneity and OHA’s artistic home in a profoundly altered way. The day prior, the artists will host a public talk and free workshop.

In addition to producing extant plays over the past twenty years, Opera House Arts has built a legacy of commissioning original, site-specific theater. At the height of the summer comes the much-anticipated world premiere of playwright-performer Melody Bates’ reimagining of the Arthurian legend, Avalon, co-directed by Joan Jubett and Laura Butler Rivera, with dramaturgy by OHA co-founder Judith Jerome. Set in the outdoor sculpture park that is co-creator Peter Beerits’ beloved “Nellieville,” this immersive play spirits you along the grounds, both magical and haunting, creating a singular atmosphere for this bold new work to be born.

Bookending Avalon is a diverse range of music, including Matt Dane and Annie Antonacos, Palaver Strings, David Mallet’s beloved folk songs, and the unique rhythms of Duo YUMENO, as well as a continuation of Live! For $5 performances: Bubblemania!, Michael Cooper’s Masked Marvels, and the effervescent Rwandan drummers of Ikirenga cy’Intore.

At the close of the summer, Opera House Arts will sponsor the Maine Outdoor Film Festival (MOFF) for the second consecutive year on August 29th. MOFF provides independent filmmakers, capturing stories of the great outdoors, a platform to showcase their creative work while bringing short films to Maine folks wherever they might be, for free! This event is a great way catch a movie without missing out on a lovely summer night Down East. Food vendors line the Stonington Ball Field, just up the street from the Opera House and iconic Fish Pier, so audiences can enjoy a picnic before the movies begin to roll.

Opera House Arts, a 501(c)(3) nonprofit organization, was originally established to restore the historic Stonington Opera House, on the National Register of Historic Places. Now in its 20th year, OHA produces a diverse range of programming in both the Stonington Opera House, and on our second stage, the restored Burnt Cove Church Community Center.

Opera House Arts’ innovative and professional performing arts programming serves all of Hancock County’s year-round residents and visitors of all ages. We offer a full schedule of professional theater, film, music, dance, family shows, educational programs, and community events, serving as a civic gathering space on one of the busiest working waterfronts in Maine. OHA offers free tickets for all live performances to students from Hancock County, grades K-12.

The Story of Eagles’ Nest Clubhouse
Array
Log in