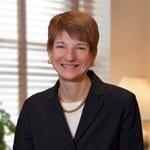 On April 12, 2018, the federal Wage and Hour Division (WHD) of the DOL issued its first opinion letters since 2009. One of the letters addressed an issue under the FMLA. The question posed by the employer was whether a non-exempt employee’s use of a 15-minute rest break every hour for a serious health condition was compensable time. The effect of the break time was that the employee only worked 6 hours of an 8 hour day.

Since the time was covered by the FMLA, it would be unpaid. However, the FLSA generally requires rest breaks of up to 20 minutes to be compensable because they primarily benefit the employer.

The WHD acknowledged that the breaks described in this situation differ from standard paid rest breaks. It noted that since the FMLA-covered rest breaks are to accommodate the employee’s medical condition, they primarily benefit the employee and are therefore not compensable. The opinion letter also cautioned, though, that even employees taking these form of FMLA covered rest breaks must receive as many compensable rest breaks as their coworkers. So, for instance, if all employees receive two 15-minute paid breaks per 8-hour shift, an employee needing the 15-minute break every hour for a health condition should also receive the two 15-minute breaks permitted to all workers. The opinion did not specifically address whether those two 15-minute breaks provided to all workers could be substituted for two of the eight requested breaks. The Regulations speak to substituting only “accrued paid leave” such as sick or vacation leave and so it should not be assumed that such substituting is permitted in this situation.