The National Theatre’s Presentation of the Outrageous “Young Marx”! 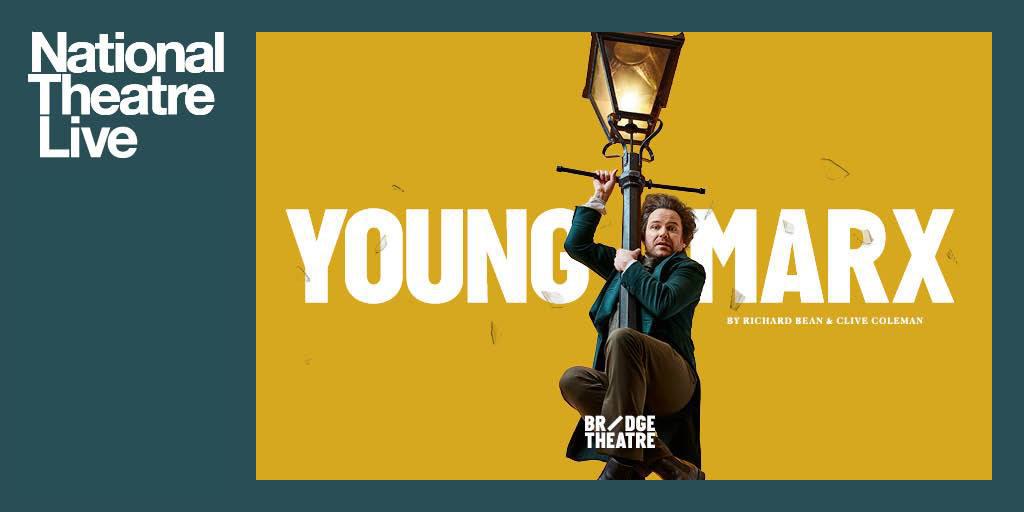 ELLSWORTH- The Grand announces the next in a series of high-definition simulcast performances from The National Theatre of London, digitally projected on the Coastal Eye Care Screen– the brand new comedy Young Marx, featuring one of the finest stage actors of his generation, on Thursday, December 7th at 2 pm. General admission tickets for each screening are $15 for Adults/Seniors, $12 for Grand Members/Military, and $10 for Students, and are available at The Grand Box Office, by phone (207) 667-9500, or online at www.grandonline.org.

Rory Kinnear (The Threepenny Opera, Penny Dreadful, Othello) is Marx and Oliver Chris (Twelfth Night, Green Wing) is Engels, in this new comedy written by Richard Bean and Clive Coleman. Broadcast live from The Bridge Theatre, London, the production is directed by Nicholas Hytner and reunites the creative team behind Broadway and West End hit comedy One Man, Two Guvnors.

For this or other theater events at The Grand- including a live, locally-produced theatrical “radio show” adaptation of the Jimmy Stewart holiday classic “It’s a Wonderful Life” directed by Executive Director Nick Turner and running the weekend of Friday, December 15th- please call our box office at 207-667-9500. For more information on events at The Grand, visit The Grand website at www.grandonline.org or follow The Grand on Facebook at https://www.facebook.com/TheGrand1938/

WISHING YOU A MERRY MAIN STREET

195th Army Band’s Concert Band Brings the Gift of Music to The Grand!
Array
Log in