The National Theatre brings “Frankenstein” to life at the Grand! 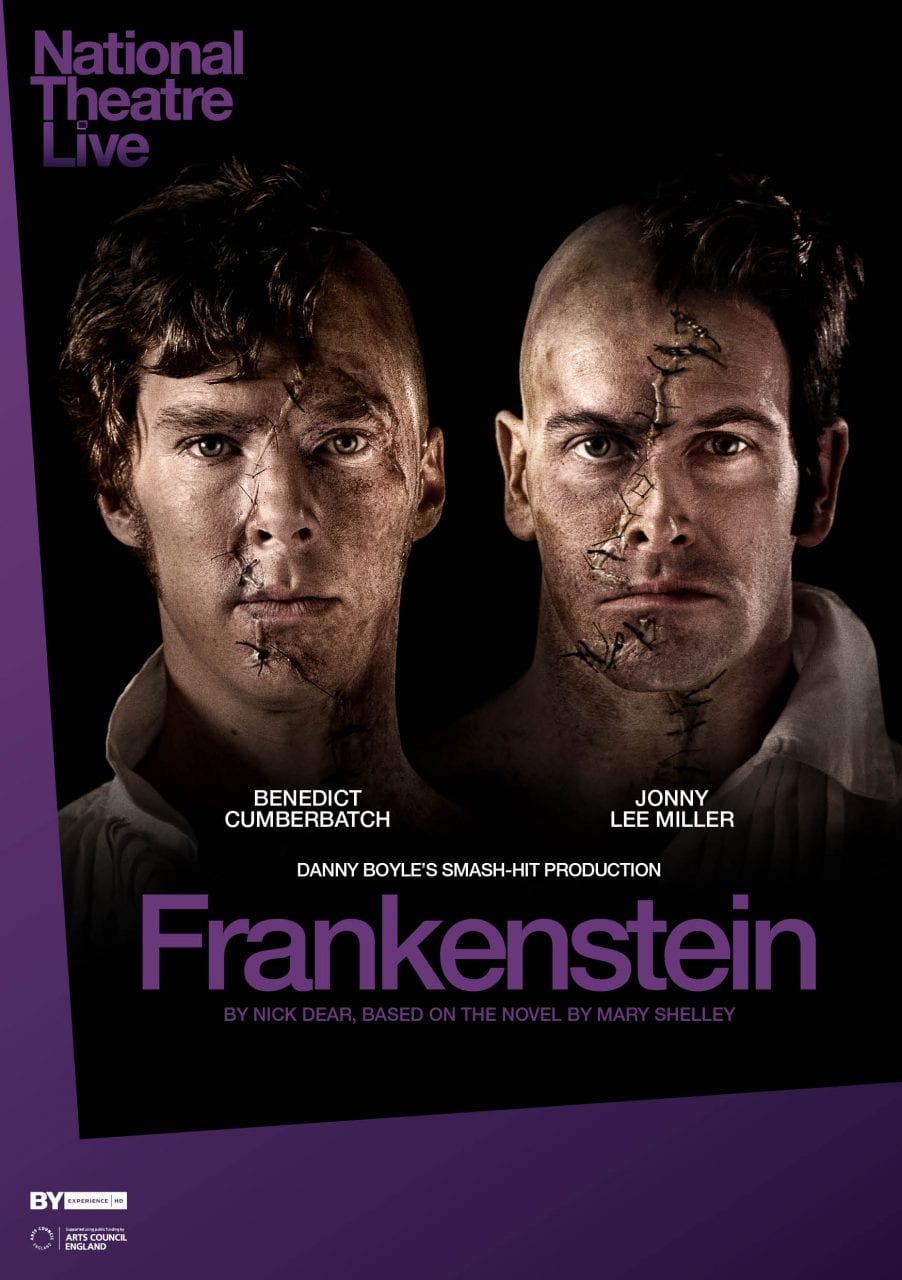 ELLSWORTH- The Grand announces the next in a series of high-definition simulcast and encore performances from The National Theatre of London– two special Fall encore screenings of Frankenstein at 2 pm and 7 pm Thursday, October 24th. Filmmaker Danny Boyle (Trainspotting, 28 Days Later) adapts Mary Shelley’s horror classic for the stage, starring the two actors most famous for playing Sherlock Holmes on television in the 21st Century: Benedict Cumberbatch and Jonny Lee Miller. General admission tickets for each screening are $15 for Adults/Seniors, $12 for Grand Members/Military, and $10 for Students/Industry Night, and are available at The Grand Box Office, by phone (207) 667-9500, or online at www.grandonline.org.

In this visionary new production of Mary Shelley’s Frankenstein (adapted by Nick Dear for the stage), Benedict Cumberbatch (Sherlock, Doctor Strange, Star Trek Into Darkness) is Victor Frankenstein and Jonny Lee Miller (Elementary, Trainspotting, Dark Shadows) is his creation at 2 pm. Then, at 7 pm, the actors reverse roles, with Cumberbatch as the creature and Miller as the doctor. The plot closely follows the original novel as childlike in his innocence but grotesque in form, Frankenstein’s bewildered creature is cast out into a hostile universe by his horror-struck maker. Meeting with cruelty wherever he goes, the friendless creature, increasingly desperate and vengeful, determines to track down his creator and strike a terrifying deal.

So bring a friend and share the experience of two of the great British actors of the 21st Century sharing two of the most electrical performances at the theater- NT Live’s HD encore of Frankenstein on screen at The Grand. Twice!

The Grand is proud to be presenting NT Live, a series of high definition simulcasts and encore performances from The National Theatre of London, which includes the upcoming high definition simulcast presentation of a revival of Stephen Sondheim’s Follies, starring Imelda Staunton (Who’s Afraid of Virginia Woolf?, Vera Drake, Harry Potter’s “Dolores Umbridge”) amongst some of the best actors in Britain today, on Thursday, November 16th at 2 pm.