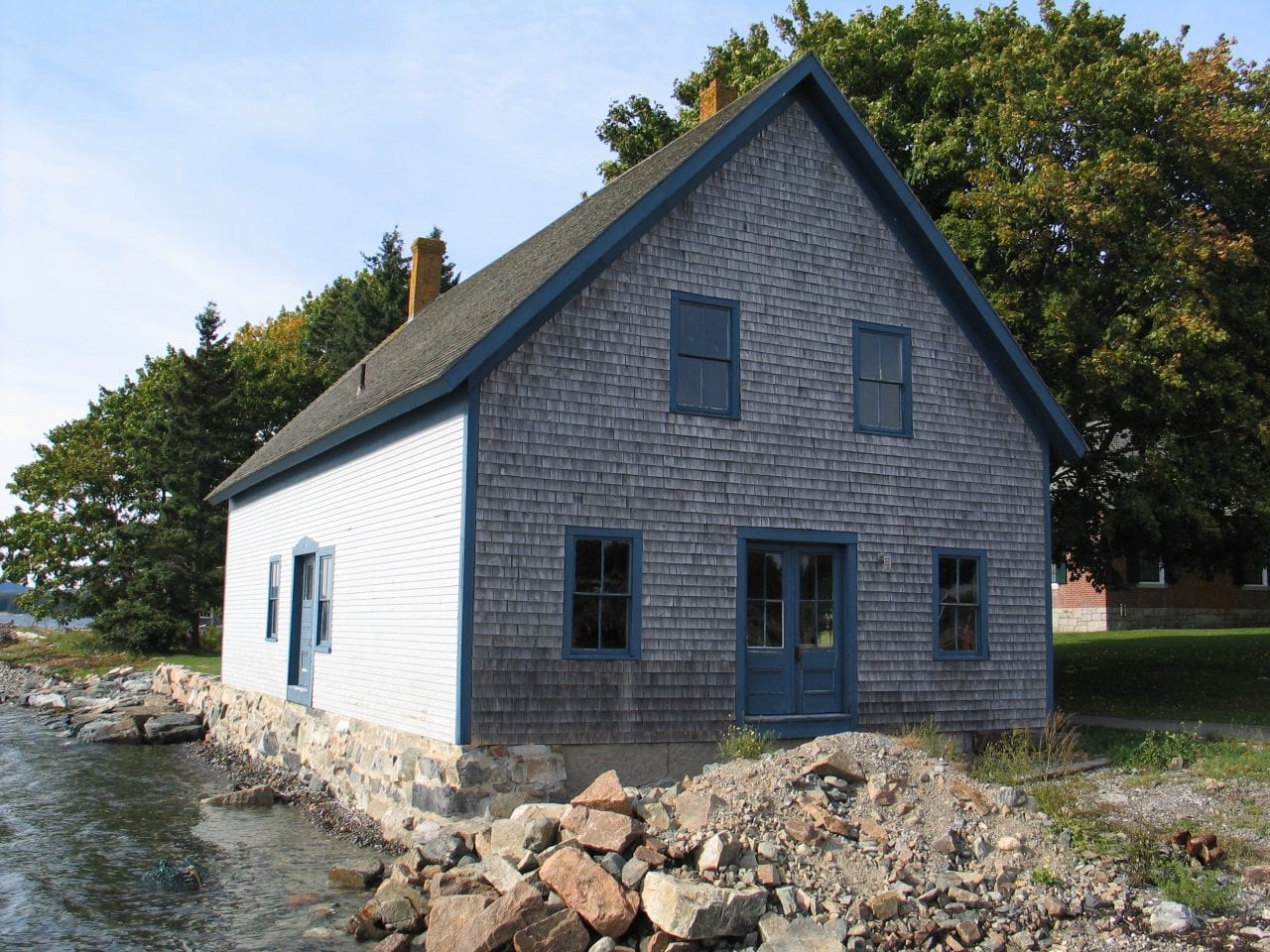 The Blue Duck Ships Store, also known as the Hadlock Store, is located on Islesford, or Little Cranberry Island, in the Town of the Cranberry Isles, Maine. The building is listed on the National Register of Historic Places. It was originally used by the Hadlock family as a ship’s store and then as a general store and a sail loft. The building was then sold to William Otis Sawtelle, the founder of the Islesford Historical Society. Sawtelle used the structure as an art gallery and to display his collection of artifacts devoted to the history of the region until the collection was moved to the Islesford Museum in 1927. In recent years the National Park Service had used the Blue Duck for storage. While the exterior of the building has been maintained, the interior has fallen into disrepair because of lack of use.