March 18, 2019: Jacqueline Wycoff to be honored as Ellsworth Chamber Citizen of the Year 2019 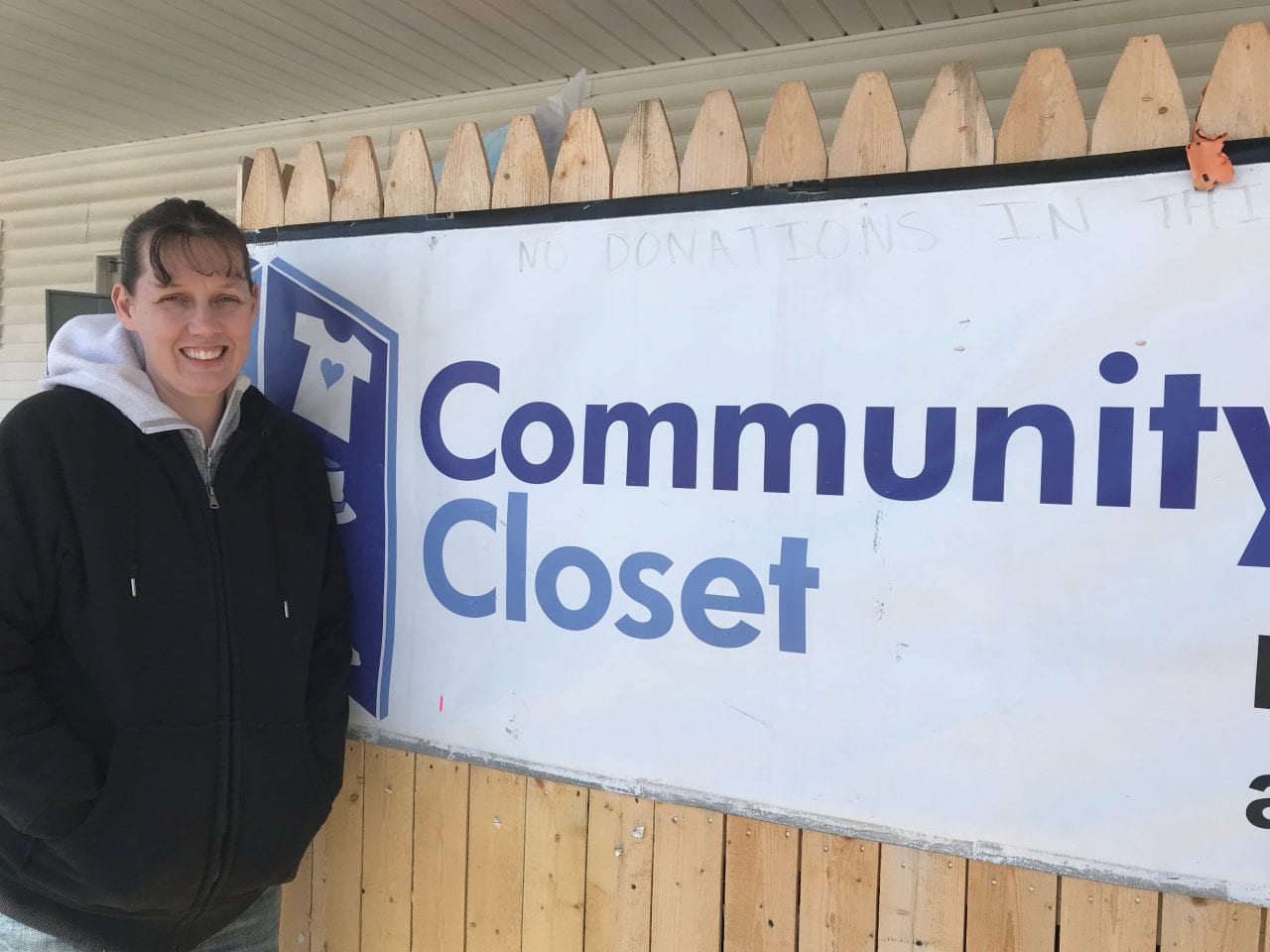 “Jacqueline Wycoff may not be a name you are familiar with, but the Ellsworth Chamber is about to change that with her award for Citizen of the Year” stated Gretchen Wilson Executive Director.  “Jackie had a large number of nominations not only for her founding of the  “Community Closet Thrift Store” but all the other “good works” she does, for the community.”

The Ellsworth Area Chamber of Commerce, Citizen of the Year award is given to the individual “who embodies community spirit through volunteerism, involvement and advocacy.”

Jackie truly fits the definition.  Jackie graduated from The University of Maine at Augusta and worked as a librarian at the Cave Hill School, the Lamoine School and the Mountain View School. She also worked Pre-K at the Ella Lewis school.  She then took time out from a career to stay home and raise three young boys.  In 2017 she read a post that the Frog Foundation, an organization that allowed people to come in and take a limited number of items of clothing.  It seemed the perfect opportunity to do something with her time, but also be able to be with her young boys. The Community Closet was born.  Her two youngest children would come with her to the store, while her teenager would help on the weekends and school vacations.

The Community Closet is a thrift store, but it is also a lifeline to people who find themselves homeless, due to a disaster or economics.  “We have racks outside our store so that all people have 24 hour access to food, or warm blankets.”  Jackie has been known to open the store in the middle of the night to assist fire victims.  “After my uncle lost his home to fire, I saw the importance of helping people start over when they feel like they are at their worst.” Fire victims are allowed to come in and get whatever they need, no limits, at no cost.  Regular “customers” are allowed to come in and get ten items of clothing and pay whatever they want, or nothing at all, after the ten items, each item is $1.

Jackie has a number of volunteers who restock her shelves, sort thru the donations and help manage the day to day of the Community Closet.  In her free time she organizes on line auctions to assist with the stores rent. Jackie along with her Aunt also runs the “Philip Carter Reading Foundation” in memory of Philip Carter, who was killed by a drunk driver.  In the past three years the foundation has given away 14,000 books and 17 book scholarships.  She is also working on a fundraiser for RSU 24, for safety items, including a new flashing sign at the Peninsula School and front facing cameras on all of the district school busses.

The Community Closet has not gone unnoticed. WLBZ recognized the organization in 2017 with one of its “”Agency of Distinction” Awards, for the “2 Those Who Care Awards”. The organization won the “Bangor Savings Community Matters More” campaign, as well as receiving community charitable funds from other local organizations.

But its founder, gives much credit to the community who donate to her organization, the homeless 24 hour closets, and the volunteers who come in to assist her with the store front.

Jacqueline says she enjoys this support system and the ability to be with her boys, while doing something important and meaningful.  Jackie Wycoff will be honored with the Chambers Citizen of the Year Award, at the Chamber’s Annual Awards Night May 16, 2019 at a pop up event center in the Coastal Car Care/NAPA parking lot beginning at 5pm.