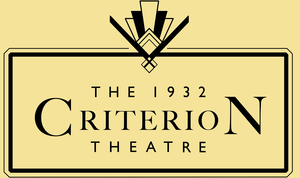 Bar Harbor – The 1932 Criterion Theatre welcomes Portland-based musician Spencer Albee to the stage on Friday, September 22nd at 8 p.m. as the headliner for the Maine Music Showcase. Starcrossed Losers will open.

Spencer Albee is a Portland based and nationally acclaimed singer, songwriter and producer. Since 1995, he has toured internationally, signed multiple record and publishing deals and worked with artists ranging from David Bowie to De La Soul. Rolling Stone Magazine recently called Spencer a “21st Century master in the lost art of Beatlesque hooks.” Today he can be found touring in support of his 20th studio album “Relentlessly yours,”.

Starcrossed Losers, an alt-folk-rock Portland-based band, will open. Starcrossed Losers’ dynamic performances range in style from stripped-down acoustic balladry and love-lorn parlor laments to old-school rock’n’roll, gritty gypsy-blues and distorted proto-punk. Weaving together these seemingly disparate musical forms with an attitude both emotive and playful, this 6-piece ensemble reflects the angst and longing of
spirits bound by human form.

Tickets for the show are $20 for balcony seats, $15 for orchestra and $12 for students in the orchestra. They can be purchased at criteriontheatre.org or at the box office an hour before the performance.

The 1932 Criterion Theatre is Bar Harbor’s non-profit historic home for the performing arts and movies bringing the best in entertainment to the MDI community and beyond. For a full schedule and tickets, visit criteriontheatre.org.