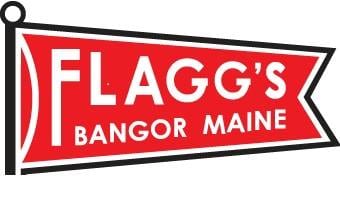 Veazie – Experienced Chef, Maine historian and Maine Secretary of State Matt Dunlap will be sharing the secrets of Bar Harbor Special (a variant of Lobster Newburg), Crabmeat Canoes (baked stuffed potato) and a variant of Caesar salad that is easily stored! The first two recipes are recipes that Matt will be sharing from the Maine Archives heritage cookbooks. This unique class is sure to be entertaining and delicious!

Chef Dunlap worked in the hospitality industry for nearly two decades, as a waiter, dishwasher, bartender and bar manager, and especially as a cook. Lacking formal training, Dunlap learned the cooking trade under legendary Bangor-area chefs Larry Adams (former executive chef of the Greenhouse and of University of Maine Dining Services) and Robert Marcoux, who was Dunlap’s first mentor at the range. In his work as a cook, Dunlap worked in numerous restaurants in the Bar Harbor and Bangor markets, and honed his craft as the lead cook under Adams at University of Maine.
Matt Dunlap of Old Town is best known today for his work in the political arena—both as a legislative committee chair and as Maine’s Secretary of State. Some are more familiar with his work in the outdoors as a sportsman and outdoor writer. But Catering Services. There, he researched and developed recipes and menus, and cooked for University guests including Tom Selleck, Johnny Cash, George Carlin, Ellis Marsalis, the President of Bulgaria, and first lady Hillary Clinton. His favorite dishes are derived from the Renaissance masters. While no longer a professional cook, Dunlap’s Sunday dinners have become a family institution, and he has cooked graduation banquets and wedding receptions as gifts for close family friends.

Maine Kitchen Cooking School is located inside R.M. Flagg Food Service Equipment 1212 State Street in Veazie. Class reservations can be made in person at R.M. Flagg or over the phone at 945-9463.