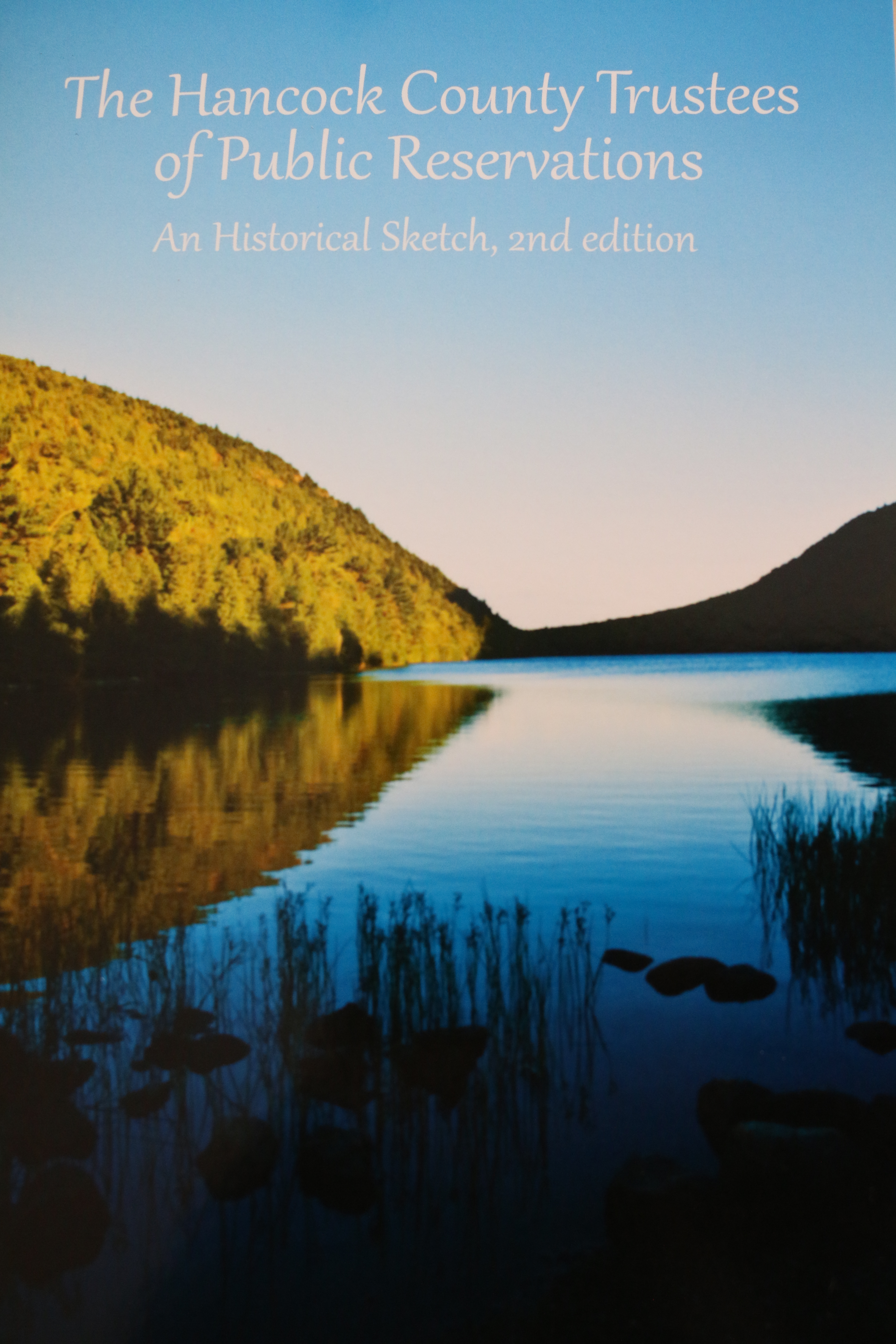 This new publication is an updated version of an original pamphlet published in 1939 titled, The Hancock County Trustees of Public Reservations: An Historical Sketch and a Record of the Holdings of the Trustees.  Written by Rev. Samuel A. Eliot, it presented the work of the Trustees, a group that had formed in 1901with a mission to conserve and acquire lands for free public use.  The Trustees were very successful and in 1916 they donated 5,000 acres of land to the U.S. government which formed the core of what would become Acadia National Park(ANP).

According to Joshua Torrance, executive director of Woodlawn, “Locals and lovers of Acadia National Park will enjoy reading this fascinating history.  It has been a goal to update the original pamphlet for some time as the Trustees’ partnership with the Park and their conservation efforts did not end in 1939.  Since that date, the Trustees have donated an additional 1,200 acres to the U.S government.”  The new edition also includes two informative essays, one by Ronald Epp, Ph.D and the other by Torrance.

The publishing of the book is the culmination of a very busy year for the Trustees.  On August 22, in conjunction with the centennial celebration for ANP, the Trustees held a luncheon at the Abbe Museum in Bar Harbor to celebrate a land transfer of the sole remaining land holding of the Trustees to the U. S. government. The two-acre parcel abuts Seawall within the Park boundary. On September 6, the significant role played by the Trustees in the formation and establishment of ANP was celebrated with the placement of an historic marker at Blue Hill Overlook on Cadillac Mountain. The marker is the first public recognition of the Trustees’ foresight and vision that resulted in a sense of place and community pride enjoyed by millions.  In December, a replica of the historic marker was placed in the cutting garden at Woodlawn.

The Hancock County Trustees of Public Reservations: An Historical Sketch, 2nd Edition is now available for purchase in the Woodlawn Gift Shop and online at woodlawnmusem.org.