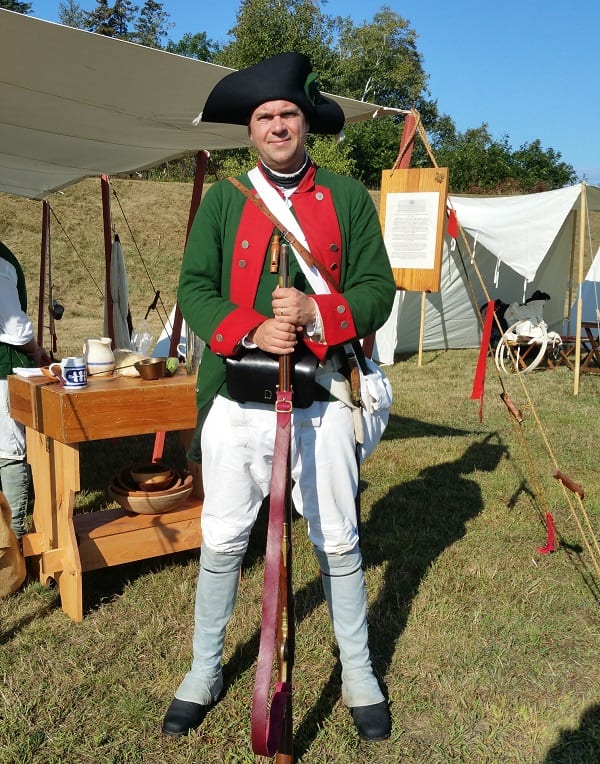 Bangor – The Bangor Public Library in cooperation with the Friends of Castine Fortifications is hosting an event on Saturday, May 12 from 10:00 am to 4:00pm, highlighting the Revolutionary War history of Fort George in Castine. The workshop, which will be held in the Bangor Public Library, presents an introduction to the history of Fort George to interested people in the Greater Bangor Area and to tell more about the exciting encampment at Fort George to be held this September 8 & 9 in Castine.

The workshop will be filled with activities for the whole family. A concert of Scottish music, a fashion show with reproduction historic clothing, displays of everyday items used by Scottish troops, handicrafts and food of the 18th Century will be presented. A teaching unit intended for anyone wanting to know more about Maine’s fascinating and little-known history in the American Revolution will round out the day. Teachers may register for additional materials.

Fort George is on the National Register of Historic Places due to the important role it played in Maine’s Revolutionary War history and beyond. After the Penobscot Expedition in 1779 ended in victory for the British, Loyalists flocked to the area to remain protected by the Crown. The Fort was continuously reinforced, so that in the summer of 1782, George Washington successfully discouraged the French from attacking it by calling it ”The most regularly constructed and best finished of any in America, is well situated and garrisoned by the 74th Regiment…”

Britain assumed that the Penobscot River would become the border between the inevitable United States of America and British North America. Therefore, in the fall of 1782, Fort George received reinforcements from about 200 Braunschweig and about 200 Ansbach-Bayreuth troops – of the so-called Hessians. During the years the area was in British hands the Patriots made several unsuccessful attempts to unseat the Crown troops from Fort George.

Though there is not a complete Fort in existence today, the earthworks and some brick work tell the story of the Fort’s foot print. And there is much documentation to tell what life was like during the time the area was protected by the Crown in a district not unsympathetic to the Patriot cause. The history of Fort George will annually be brought to life through reenactments.

The Beatles’ Yellow Submarine Docks at The Criterion