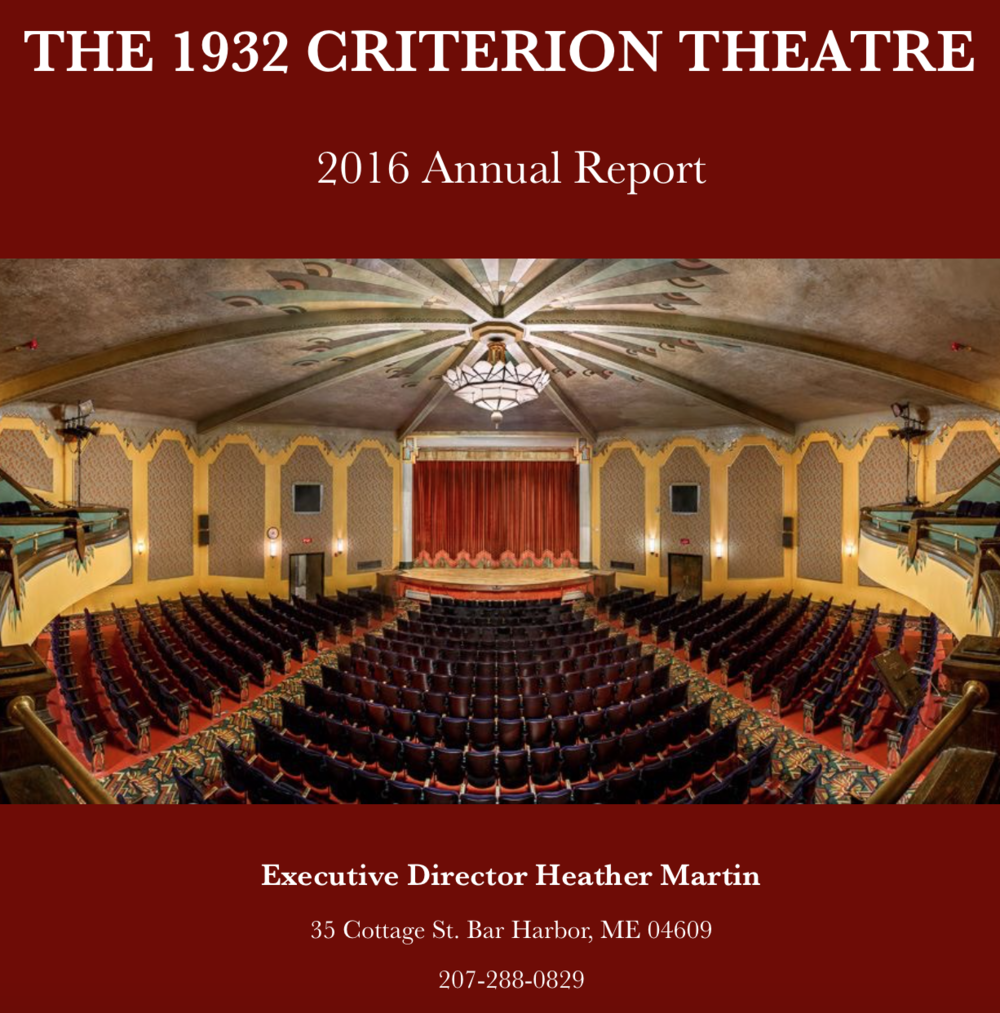 (Bar Harbor, ME)– Two local businesses have donated funds to bring themed-movie series to The 1932 Criterion Theatre throughout the month of April. First National Bank will sponsor the three Hitchcock Hits April 7-9 at 7 p.m., and First Advisors will sponsor all five films during the April Vacation Family Flicks screening April 16-20 at 6 p.m.

“We are grateful that First National Bank and First Advisors are supporting the theatre through sponsorship by bringing these classic films to the big screen for the community to enjoy,” Executive Director Heather Martin said. “As a community theatre, we love to see local organizations become involved with our programming. It is because of their generosity that we can keep prices for the classics affordable for our audiences.”

For a full schedule of upcoming events, check www.criteriontheatre.org or call 207-288-0829.

The 1932 Criterion Theatre is a nonprofit cinema, theatre, multimedia art producer and venue committed to safeguarding this historic space for stories, storytellers and audiences. The Criterion has been a staple of the Bar Harbor and Mount Desert Island arts community since its construction in 1932 and looks forward to a long future of welcoming theatre goers.