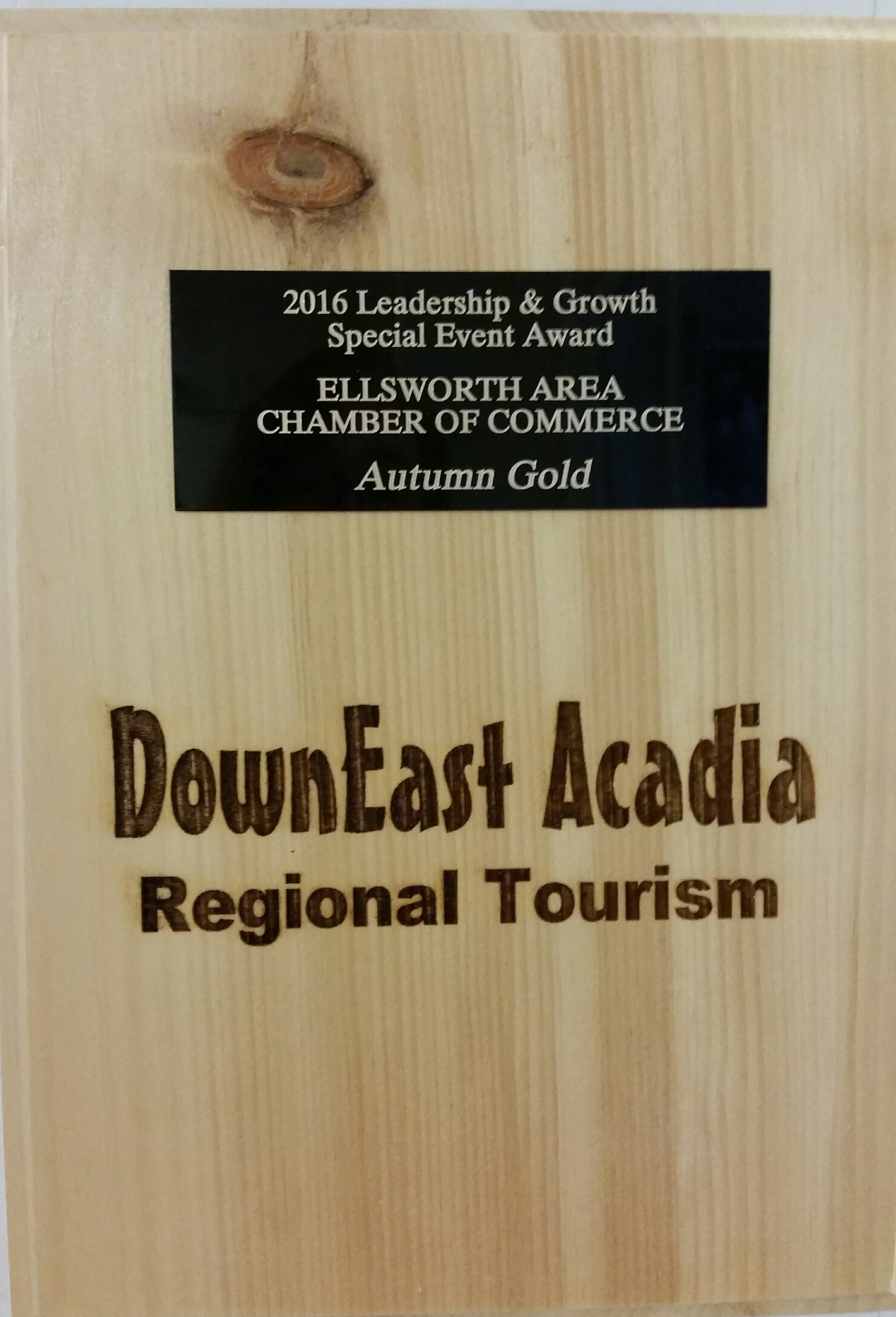 The Ellsworth Area Chamber of Commerce won the Leadership and Growth award “Special Event” for its Autumn Gold celebration that takes place every year on the last weekend of September.  The Downeast and Acadia Regional Tourism Symposium and Awards took place today, at the Schoodic Institute.  DART is one of eight tourism regions in the state, under the Maine Office of Tourism.  They provide support to all the chambers in the area from Stonington to Lubec and up to the Canadian border in Calais, with marketing, promotion of events and tourism initiatives.  +

The award was accepted by Executive Director Gretchen Wilson who said “This is a community award, Autumn Gold has grown from a single fall car show with 25 entrants over 34 years ago to a four day long community celebration that includes food, entertainment, sales, decorating,  and lots of events from many organizations”  “The city has taken on Autumn Gold in a big way,” Said Gretchen, “The chamber provides the umbrella under which the many events and opportunities happen.”

Autumn Gold began as a fall event with the Ellsworth Area Chamber with the car show now in its 34th year.  Several years later the Chowderfest in Harbor Park was added, giving local chefs the opportunity to win best chowder, as well as tastings for the community.  Events now range from a decorating contest, Business After Hours, art, music, sales, children’s and seniors events, road races, boat rides,  a golf tournament, and more.  New this year and expected to grow was a local beer and winery tasting.

The Chamber’s nomination included letters of support from Senator Brian Langley, Rep. Louis Luchini, Economic Development Director Micki Sumpter, and Business owners, Bob Merrill and Natalie Knox.  Bob Merrill stated in support “Without Autumn Gold the City of Ellsworth would not be able to show off its many assets to so many people and businesses like my own.  We would be hard pressed to come up with such a high impact event to replace it.”

The DART Tourism Award categories are based on the States Governors Conference Awards. Autumn Gold will be eligible for a Governor’s Award in the spring.