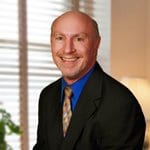 Through the years, certain client problems seem to come across my desk now and again, and then not again for a long time. Recently, there seems to have been a spate of situations in which clients have lost coverage, or almost lost coverage, under insurance policies by not giving correct notice to their insurer (or its agent authorized to received notice). The reason, I think, for this, is that more and more “claims made” policies are now involved, and some companies are not as familiar with such policies as they are with the perhaps more common “occurrence” policies. In particular, most (if not all) policies of insurance that insure employers against claims of employment discrimination are “claims made,” and since this form of insurance is becoming more and more popular and widespread, so, unfortunately, are situations when employers lose track of the required notice provisions under the policy. Thus, it is important to understand and keep track of the differences between these two types of policies, and to keep track of which policies are which in your office or business
“Occurrence” policies are generally your basic casualty and general commercial liability policies (e.g., “slip and fall”). The event that gives rise to a duty of the insurer to defend and indemnify is the “occurrence,” namely, e.g., the fire, or the accident in which the person slipped and fell. So, e.g., if someone slips and falls in your premises, you need to notify your general liability insurer of this occurrence, because it is a potential claim (i.e., a potential lawsuit). You should probably also consult with an attorney. Depending on what happened, it might be necessary to investigate, to preserve evidence, and so forth. The insurance company might conduct an investigation, perhaps even in advance of any claim by the injured person. However, because there is a six-year statute of limitations in most cases, it might be close to six years in the future before any lawsuit is even filed. So if the accident happened, say, on April 15, 2013, it might be 2019 before any lawsuit is filed.
The important point for this discussion, though, is this: If and when the lawsuit is filed, say, in 2019, because the insurance in question is an “occurrence policy,” the key question for coverage is whether the policy was in effect on the date of the occurrence, namely, April 15, 2013. If you have slip and fall coverage in 2019, but for some reason, no policy was in effect back on April 15, 2013, the date of the occurrence, you are out of luck. You might also be out of luck if back in April 15, 2013, after the accident, you failed to inform your carrier, and this resulted in putting you at a disadvantage in the later lawsuit (e.g., evidence was lost or witnesses disappeared). Thus, even with occurrence policies, it is important to put insurers on notice of the accident. But in contrast to “claims made” policies, the policy that covers you in 2019 when the lawsuit is eventually filed is the policy that was in effect in 2013 when the accident happened—not any policy you might have bought after 2013.
“Claims made” policies are generally your basic employment practices insurance and also typically professional malpractice insurance. The important thing to keep in mind with these policies is that what matters for coverage is whether a policy is in effect when you are sued (or, at least when the “claim” is made, as “claim” is defined by the policy). So, e.g., say on April 15, 2016, a doctor performed an unsuccessful surgery and the patient thinks she was negligent. The statute of limitations is generally three years, so it might not be until 2019 that any lawsuit or claim even surfaces. If so, and if the unhappy patient first brings the claim in 2019, what matters for the doctor is not whether she had insurance on April 15, 2016, but whether she has insurance in 2019 for claims made against her in 2019 relating to services performed in 2016.
Different “claims made” policies ACTUALLY DO contain different definitions of “claim.” In some policies, a “claim” happens as soon as you get a demand letter from someone saying they want money, even if they don’t sue you then. In other policies, there is no “claim” until a formal lawsuit is filed. In every case, however, you are required to report the “claim” as soon as reasonably possible once the claim is made. In so-called “claims made and reported policies,” you are usually required to report the claim as soon as reasonably possible, and regardless, before the end of that policy period. So if the policy expires a week after the claim occurs, you will need to have notified the insurer within that week, or risk losing coverage.
Under most “claims made” policies, you are also required to report any “possible claims” of which you are aware—even if no claim has been asserted. Under some policies, if you do not, and if the claim is later asserted, you might lose coverage for that claim. Sometimes, if you fail to report the claim within the required deadline in the policy, you might still succeed in obtaining coverage if you can show that the insurance company was in no way prejudiced by your failure to report the claim on time. However, the law in this area in Maine is not very well defined, so you do not want to count on that. Instead, try to keep good track of which policies are “claims made,” AND the definition of “claim” under those policies, so that you will not find yourself in a situation of having failed to report a “claim” within the deadline stated in the policy