Donald Clark is Ellsworth Area Chamber’s Citizen of the Year 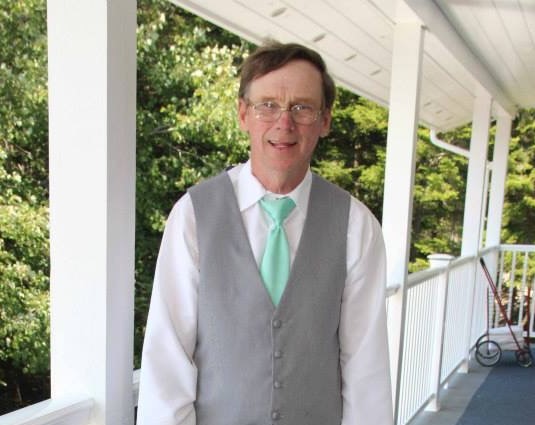 A native Hancock County man who has spent the better part of the past 8 years giving back to a community that has given to him will be honored in May as the Citizen of the Year.  Donald Clark was raised in Lamoine.  At the age of 17 he enlisted in the Navy and then came back to Maine as a self-proclaimed “Jack of All Trades”.

He has cooked and run commercial kitchens, catered weddings and parties, as well as worked for several area cable companies, most recently with Time Warner. 20 years ago, one of his daughters was very ill and the local community responded with support.  This gave him the desire to return those good deeds onto others who were in need.

For the past 7 years he and his wife Mona have worked with the Marines in their Toys For Tots drive in July.  Donald’s collections are then returned back to Hancock County children for Christmas.  He and his wife then decided to organize a Secret Santa program for needy families, providing a full Christmas including the meal, delivered by a local “Santa Claus”.  Every year at least five local families have been surprised to receive this Christmas Day gift.

Don has been the organizer and Head Chef for the Elks Club  free community Thanksgiving Meal.  Over 200 are served yearly by this traditional dinner.  Shut ins are provided with home delivery of the Thanksgiving treats and those that need rides are picked up by a bus to get them to the dinner.   Two years ago, he started putting together Christmas food baskets including a turkey to take to needy families.  Last year 75 families were fed a great meal.

But Don doesn’t stop with just the holidays!  If he hears about a family battling cancer or some life threating disease, a family burned out of their home, a family dealing with a sudden disaster, he is there organizing benefit suppers, auctions, even a benefit motorcycle ride.  Don says none of his work would be possible without the assistance of the greater Ellsworth businesses, the Elks Club and the community at large. The community has noticed as well.  Don’s nominations for citizen of the year stated “no one deserves this recognition more”.

Don has been married to his wife Mona for 35 years.  They have two daughters, Heather and Lisa and a grandson Kameron.  Don retired from Time Warner in November last year after being diagnosed with cancer. Though in treatment, Don continues his life’s passion of giving to others.  When asked what’s your favorite project, Don replied “Everyone”.  Don will be honored at the EACC Annual Meeting May 18th at the Acadia Event Center in Trenton.

Be Informed with the Ellsworth Area Chamber