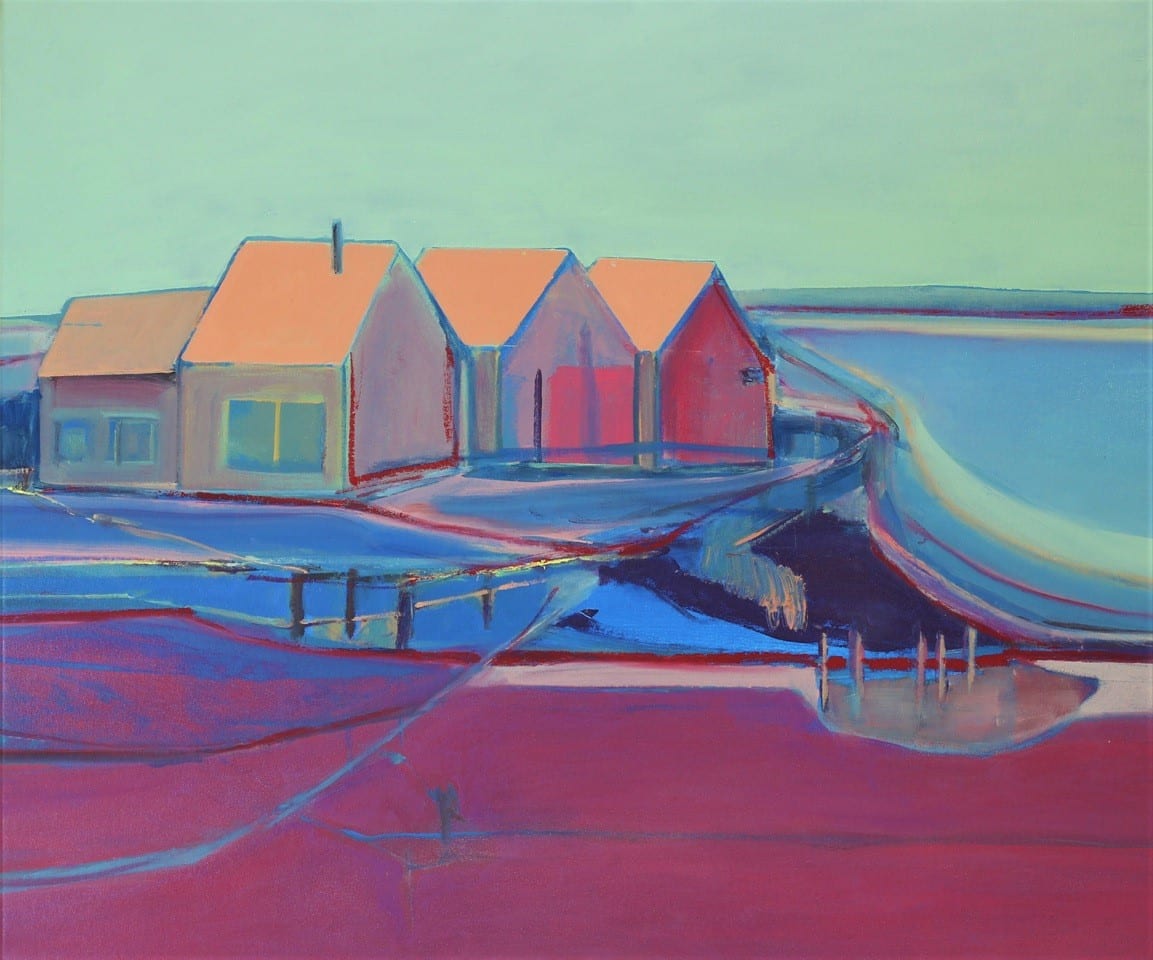 Ellsworth – Courthouse Gallery Fine Art is pleased to debut a selection of work by artist Christina Thwaites, a British painter, who moved to Maine in 2015, and whose artistic career spans four continents. The shows opens June 15, and runs though ­July 11, 2019.

Thwaites graduated from The University of Edinburgh, Scotland, UK, in 2004 with an M.A. in French Literature and the History of Art. She attended the Ecole du Louvre in Paris, France, and worked as an assistant to watercolorist Patrick Fouilhoux. In Italy, she developed her painting skills at the La Porta Blu Art School in Rome.

In 2010, Thwaites worked at Kanal 10 Guest Studio in Amsterdam, as well as in Walasiho, an extremely remote village in South East Sulawesi, Indonesia. In 2011, Thwaites was invited to Palestine to run art workshops, and to exhibit with the Al-Mahatta Gallery during a residency period at Al Fara refugee camp. Thwaites then moved back to Italy where she helped set up and run 33 Officina Creativa (33OC), an international artist-in-residence program located in the medieval hilltop village of Toffia.

While living near Rome, Thwaites exhibited with commercial galleries, and her work was included in exhibitions at two public institutions in Rome: the Palazzo delle Esposizioni and the Museum of Contemporary Art (MACRO).

In 2013, Thwaites moved to Canberra, Australia. She was offered studio space at Australian National Capital Artists (ANCA). While living in Australia, she had solo shows in three different states. She also continued to exhibit her work in Europe with two solo shows in London and Rome, as well as a two-person show with British Pop artist Peter Blake.

Thwaites maintains a studio in Orono, Maine, where she lives with her husband and two small children. Since moving to Maine, Thwaites has been taken by the incredible coastline: “The shapes and colours have made a real impression on me. Working on this subject matter in my studio gives me the same feelings of peaceful relief that I experience when I arrive at the seashore in Maine.”

Courthouse Gallery is located at 6 Court Street in Ellsworth. For more information on upcoming shows call (207) 667-6611, or visit www.courthousegallery.com

Join the 1st Annual Wreaths Across America Stem to Stone 5K/10K and Kids Fun Run in Columbia Falls, ME on Saturday, July 13th, 2019
Array
Log in