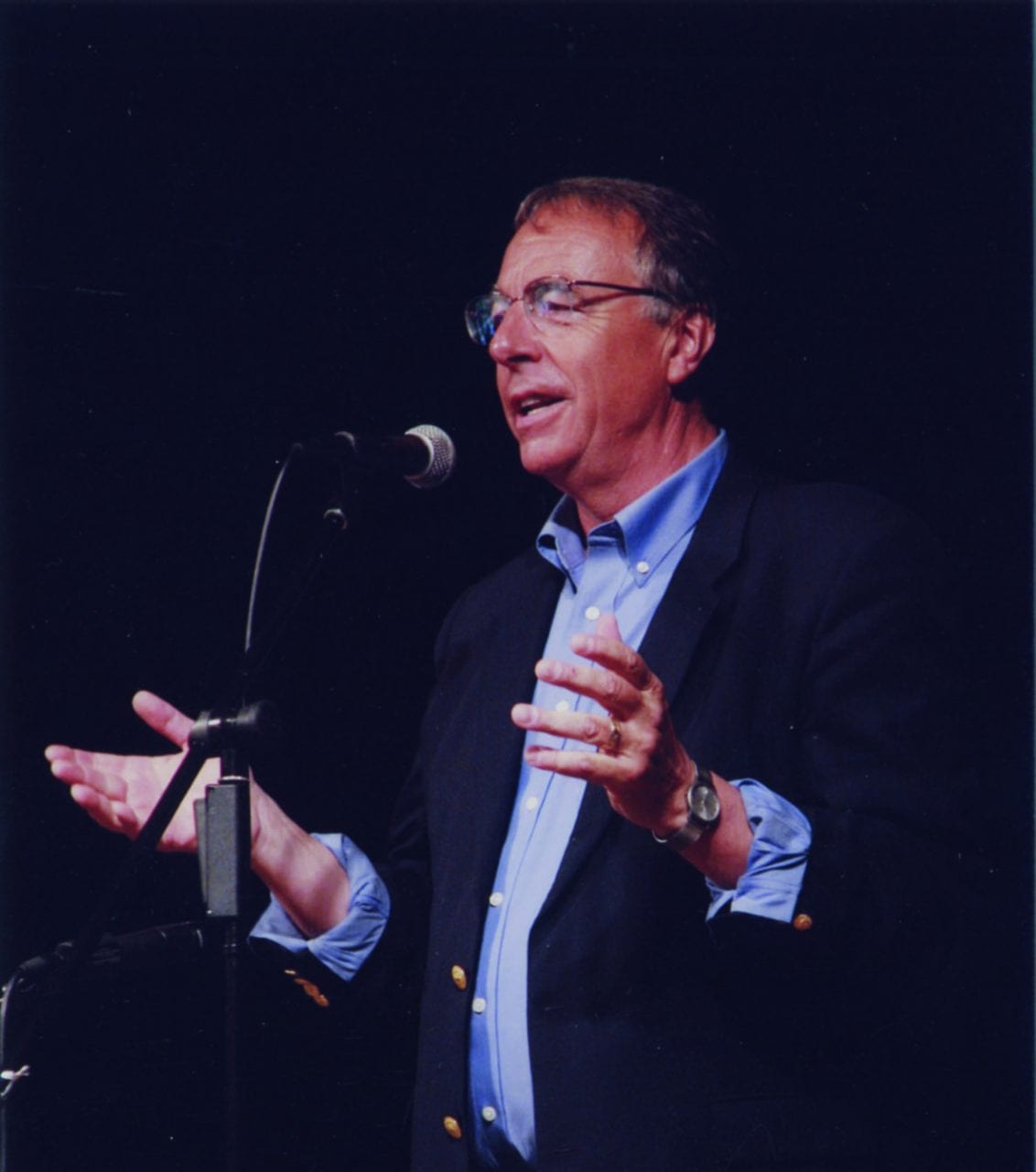 The theme for this year’s Annual Membership Breakfast, is “Lighten Up with the Ellsworth Chamber!” Who else could lighten up your morning more than Maine Humorist Tim Sample?

The Chamber is pleased to announce that Tim Sample will be the guest speaker at the Annual Membership Breakfast, Wednesday June 6, beginning at 7:30 am at the Big Cats Event Center in Trenton. The Breakfast will be sponsored by Rudman Winchell Attorneys at Law and Darlings Auto Mall in Ellsworth. The First National Bank will sponsor the guest speaker Tim Sample.

Tim Sample is a Maine native whose unique New England style of humor has gained him a national following. When introducing Tim on ABC’s Good Morning America Charles Gibson referred to him as, “The man who wrote the book-literally, on Maine humor!” Legendary newsman Charles Kuralt has called Sample “Maine’s Humorist Laureate.”
Describing Tim Sample’s work as “humor” rather than “comedy” is, according to fellow Mainer and bestselling novelist Stephen King an important distinction: “He’s a funny guy, you’ll get no argument from me on that score, but no more a comedian than Mark Twain or Artemis Ward. Like, them, Timmy (that’s what I always call him the way folks from up our way are apt to call their friends “dearie”) “ isn’t acting; he’s just talking in a kind of heightened and gifted way, as folks do when they’re passing on valuable tales about the human condition.”

In addition to TV, radio and a dozen popular albums of “down east” humor (five of them released on the legendary Bert and I label), Tim spent eleven years (1993 -2004) as a regular correspondent for the Emmy award winning network television show CBS News Sunday Morning, hosted by Charles Osgood.

Tim has written and/or illustrated over a dozen books, including regional bestsellers Saturday Night at Moody’s Diner and How to Talk Yankee. Tim’s narration work includes such award-winning films and audiobooks as Robert McCloskey’s children’s classic Burt Dow Deep Water Man, Stephen King’s The Sun Dog and Drunken Fireworks as well as the immensely popular film documentary From Stump to Ship.

Tim Sample has performed in venues as diverse as The Mall of America, Ocean Reef Club on Key Largo and the Caribou Maine Performing Arts Center. These days, he averages 50-60 concert and after-dinner appearances per year. For more information visit his website: www.timsample.com.

Tickets to the breakfast are free to members, but seating is limited. RSVP to [email protected]