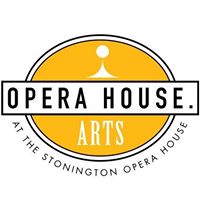 Stonington – Opera House Arts (OHA) launches into a diverse and varied summer season with a full line-up of theatre, concerts, films and jazz beginning June 16 at the Burnt Cove Church and the Stonington Opera House. For 18 years, audiences have flocked to OHA performances, enjoying live theatre, family programming of magic and music, and of course the Annual Deer Isle Jazz Festival, right in the heart of one of Maine’s most beautiful working waterfronts.

Both productions invite audiences to celebrate life in Maine through their powerful connections to the island and the region’s history and culture. From the beauty of the historic saltwater farm that will serve as a backdrop for Shakespeare in Stonington to the rich Down East characters who fill Ruth Moore’s stories, Opera House Arts honors the vibrant spirit of this corner of Maine.

THE TEMPEST
by William Shakespeare, directed by Peter Richards (June 29-July 15)
O brave new world that has such people in’t!

Stripped of his title and exiled to a fantastical island, Prospero unleashes a churning storm to shipwreck the traitorous brother who stole his dukedom. But bitter revenge is upended by newfound love in this sublime masterpiece that proves we are all “such stuff as dreams are made on.”

In 2015, director Peter Richards used the magnificent landscape of Ames Farm to transport audiences to 19th-century Russia with his highly acclaimed production of The Seagull.

This summer, Ames Farm becomes an enchanted isle, “full of noises, sounds and sweet airs, that give delight and hurt not.” Come and experience the thrill of live performance in the open air, with the Deer Island Thorofare as majestic backdrop.

“That was the place you were homesick for, even when you were there.”
~ Epigram from Ruth Moore’s The Weir

Hailed as “New England’s only answer to Faulkner,” beloved Maine author Ruth Moore filtered personal and family histories through her vibrant imagination to create masterful snapshots of life in Maine. Her intimate knowledge of those living and working on the islands Down East gives her wide-ranging stories an authentic voice. Through the struggles and triumphs of the characters who fill them, we see a world that is completely of its time and also surprisingly contemporary.

This summer, these portraits leap off the page and onto the Opera House stage in a celebration of story-telling and place that is touching, funny, sometimes nostalgic, and always vividly alive.

Live for $5 Family Programming
Wednesdays at the Opera House are for everyone! Now in its 16th year, the Live! For $5 series has been delighting audiences of all ages with magic, music, dance and clowning since 2003.

This summer, the six-week series kicks off on June 27 with Sue’s School of Dance. The fun continues throughout the summer with the raucous musical comedy of the Half Moon Jug Band (July 11), audience favorite Norman Ng Magic Experience (July 25), I Spy Butterfly (August 1), Under the Umbrella, Life is a Circus (August 8) and Pinot & Augustine (August 22). Each performance is 45 minutes long – and audiences can enjoy an evening at the theatre for less than a movie ticket.

The Live! for $5 programming is underwritten by the W. F. Whitman Family Foundation in memory of Maia Aprahamian.

18th Annual Deer Isle Jazz Festival
The Deer Isle Jazz Festival has been breaking boundaries, enriching the state’s cultural life, and filling the summer air with beautiful music since 2001. World-class jazz musicians and fans from all over the New England region travel Down East to spend an evening together in our intimate and acoustically charmed Stonington Opera House.

This summer, the festival features two nights of performances at the Stonington Opera House, curated by award-winning music critic and journalist Larry Blumenfeld.

On July 14, audiences have a special opportunity to see Maine’s treasured songwriter and folklorist Gordon Bok in concert. Bok’s music is a special tribute to the spirit and history of the region. The full schedule of concerts is available online at operahousearts.org.

Maine Film Series
In four installments this summer, OHA explores the history and people of our region through a special Maine Film Series. In each case, the documentary screening will be followed by a special conversation with the film-makers, and in some cases, with the subjects of the films!

When You Go
Tickets for live performances run from $15-$40, and can be purchased online, by phone, or in person at the Opera House Box Office, at the corner of Main and School Streets at the base of the commercial fish pier in downtown Stonington (Monday-Friday from 11 a.m. – 5 p.m.).

Programs sell out and advance ticket purchases are strongly recommended. Advance tickets are not available for “Live for $5!” Wednesday night family series. To purchase tickets online, or for further information and a full schedule of events, including ticket prices and OHA’s “Island Students Free” policy, visit the Opera House online at www.operahousearts.org.