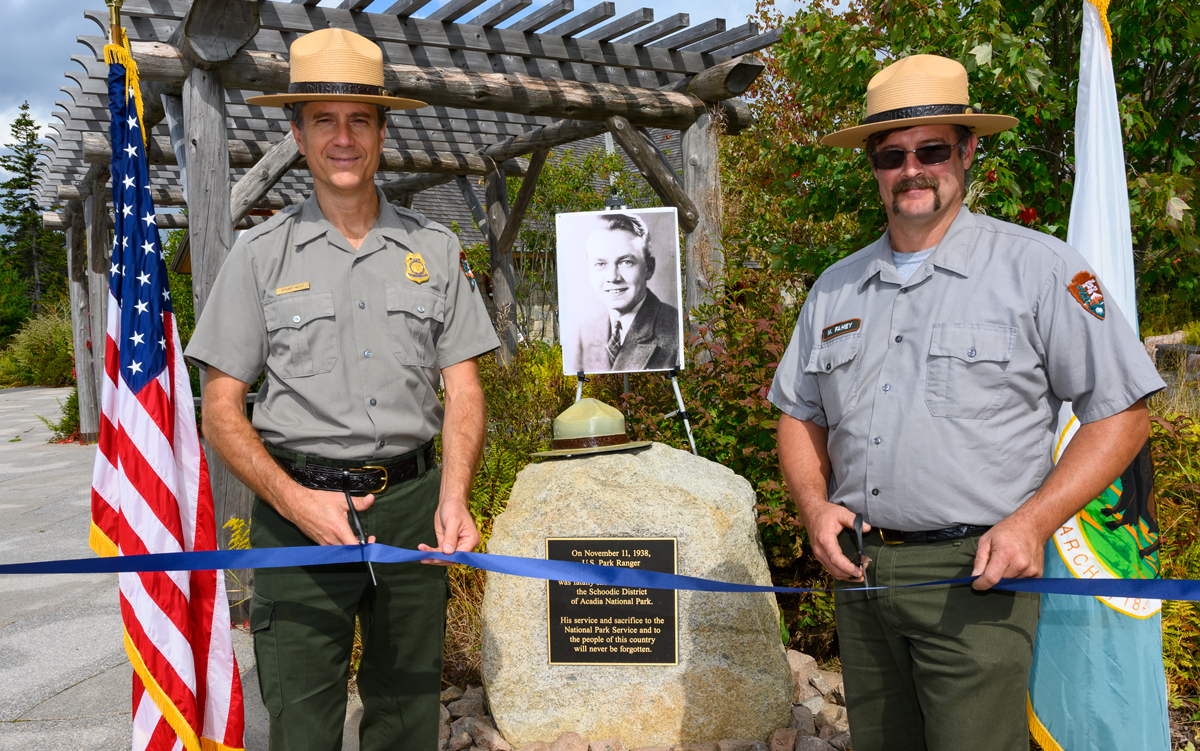 On Friday November 11, 1938, Park Ranger Karl A. Jacobson was patrolling the perimeter of the park to ensure illegal hunting was not occurring on park lands. Jacobson was shot by a hunter who had seen movement along the cleared boundary and the hunter accidentally assumed the movement was a deer. Jacobson was hospitalized but the twenty-two-year-old newlywed died on Sunday, November 13, 1938.

“Ranger Jacobson served to protect people and the resources of the park,” said Deputy Superintendent Michael Madell. “We honor the sacrifice of Ranger Jacobson and the dedication of all our current law enforcement officers.”

The Karl A. Jacobson memorial consists of a bronze plaque and the iconic Park Ranger campaign hat mounted on a large pink granite boulder placed by Freshwater Stone, Orland, Maine. A full listing of national park law enforcement rangers killed in the line of duty is available at “A Legacy of Honor.”

About the National Park Service. More than 20,000 National Park Service employees care for America’s 419 national parks and work with communities across the nation to help preserve local history and create close-to-home recreational opportunities. Visit us at nps.gov, on Facebook, Twitter, and YouTube.