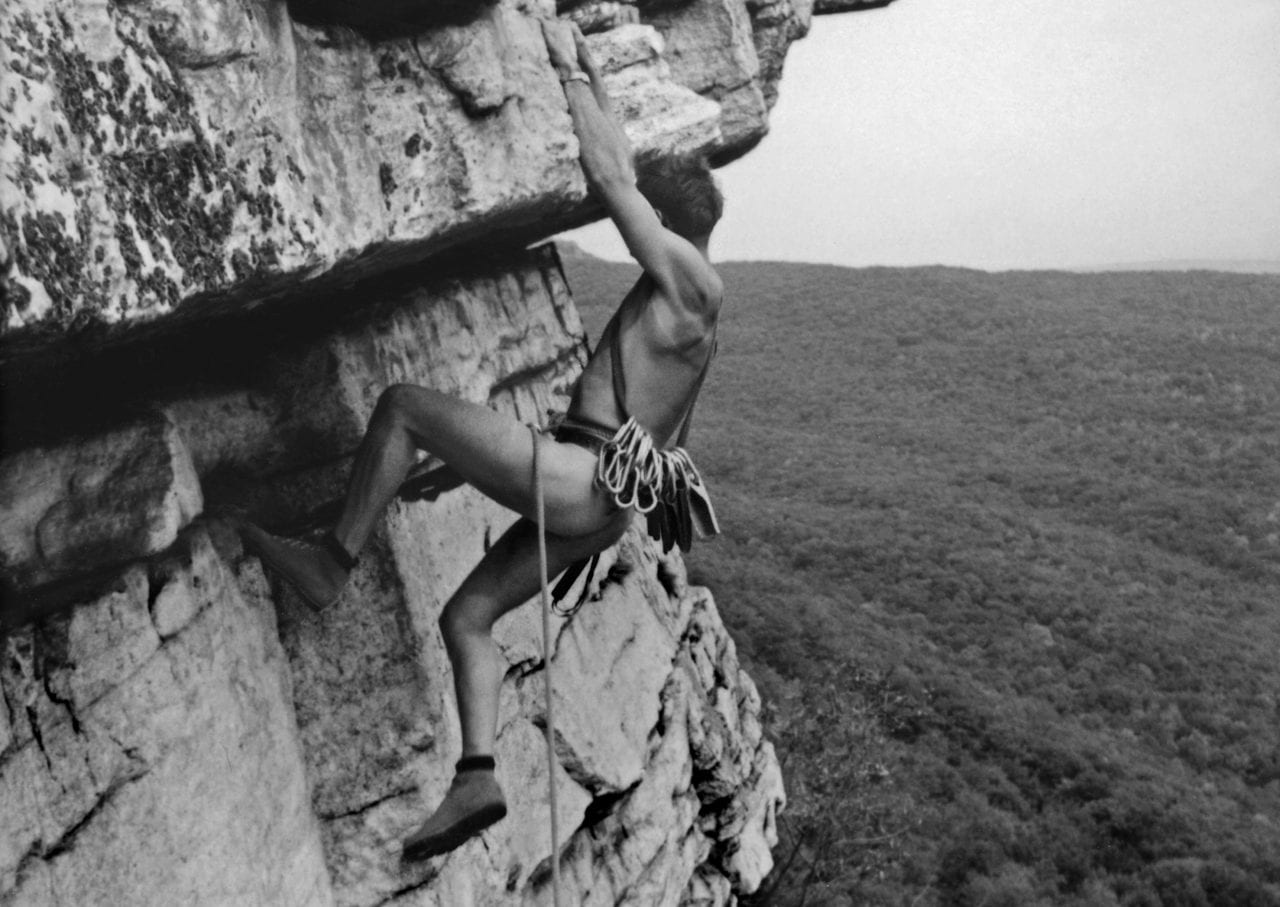 Bar Harbor – Acadia Mountain Guides and Alpenglow Adventure Sports is sponsoring a one-night-only screening of “Brave New Wild”, an offbeat chronicle of America’s Golden Age of rock climbing before and after the controversial ascent of the Dawn Wall in 1970. The film screens on Thursday, August 10 at 7 p.m. at The 1932 Criterion Theatre.

“Brave New Wild” examines how the act of rock climbing evolved into a fanatical movement amongst the new middle class in post­-World War II America. Unlike aristocratic mountaineers of the past, who climbed mountains with caution and for national honor, climbing rocks grew into an American counter­culture movement that embraced risk taking and individual self-­expression. Because it was dangerous, because there was no tangible reward in climbing, and because many times you could even hike to the top of a rock instead of risking your life to climb it, the sport was looked at with utmost curiosity ­­ and occasionally contempt ­­ by the rest of the country. The film paints a picture of the eclectic climbers from the 1950s-­1970s and tries to understand the world they created out of risk ­taking and antidisestablishmentarianism.

The film’s director, Oakley Anderson-Moore, is the daughter of climber Mark Moore, who is featured prominently the documentary. Through a daughter’s lens, viewers examine the extent at which climbing infiltrated his life as a disillusioned idealist.

“Like most people that go down the rabbit hole of history, I came out with more answers than I bargained for. But had I found my answer to the central question of why people climb? Climbers, my father included, were unusual and unique, motivated by different reasons; the answer was the intersection of a thousand different people, places, and events. I wanted the film to be a reflection of that,” said Anderson-Moore.

Tickets for the screening are $8 in the balcony, $7 in the orchestra and $6 for students and seniors in the orchestra. They can be purchased at criteriontheatre.org in advance or at the box office an hour before showtime.

The 1932 Criterion Theatre is Bar Harbor’s performing arts and movie space, a staple of the community since its construction in 1932, and looks forward to a long future of welcoming theatre goers. For more information and to purchase tickets, visit www.criteriontheatre.org or call 207-288-0829.