Stu Marckoon is Citizen of the Year! 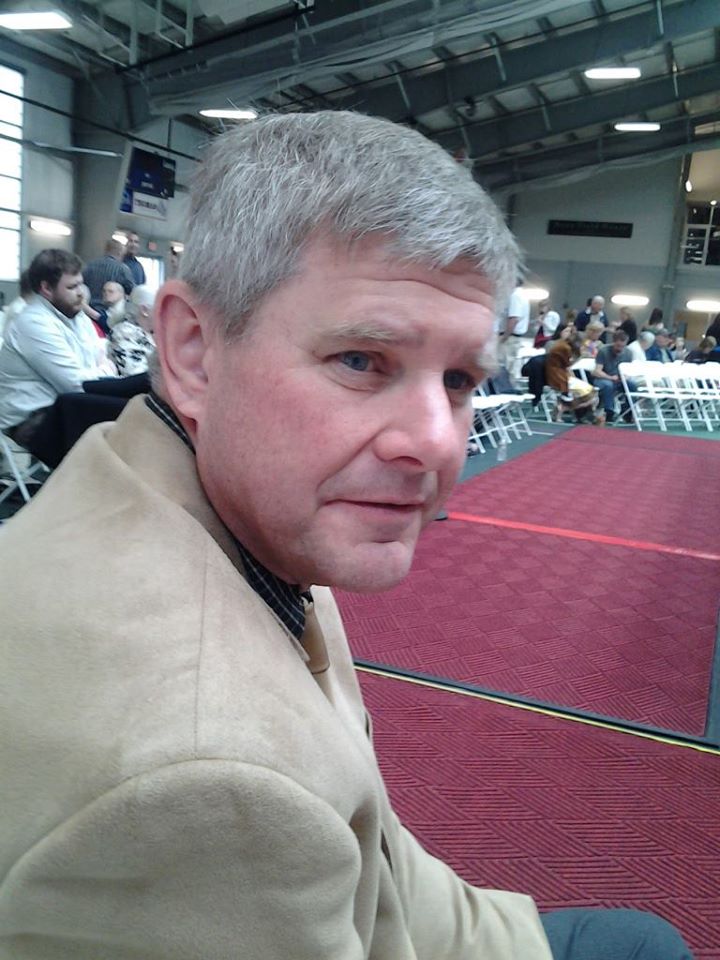 The Ellsworth Area Chamber is pleased to announce that Stu Marckoon of Lamoine has been selected as the 2020 Citizen of the Year.  Stu was surprised ‘on the air’ by Chamber Director Gretchen Wilson, during his morning show Monday, on Star 97.7.

The award is presented yearly to “An outstanding individual who embodies community spirit through volunteerism, community involvement, and advocacy.” Chamber criteria for the award includes community service to the Ellsworth area, service to others above and beyond one’s own profession, business or enterprise.

Stu Marckoon moved to Ellsworth with his wife, Bonnie, in 1983 where they have raised two daughters. He became the first News Director at then-fledgling Ellsworth radio station, KISS 94 FM, a position he held until 1993 when he left to become the Town Administrator in Lamoine, a position he still holds today, 27 years later. In 2005, he dove back into radio with his former broadcast employers Mark Osborne and Natalie Knox, anchoring the local morning news on Ellsworth radio station, Star 97.7. Fifteen years later, he’s still getting up before the chickens to do the news!

Aside from Stu’s award-winning talents in the world of broadcast media, he is the absolute epitome of the individual who, throughout his lifetime, has volunteered his time and provides “service to others, above and beyond excellence.” Stated Natalie Knox co-owner of Star 97.7

Community service is Stu Marckoon’ s middle name. He volunteers countless hours each week to many local nonprofit organizations that depend upon his professionalism, expertise and ample kindheartedness.

During his 30 plus years in Hancock County, Stu has been a little league coach. Each year, since the mid-80’s, he has played tuba in the Ellsworth Concert Band and the Fletcher’s Landing Philharmonic Orchestra. “Stu has been a supporter of all things Grand,” states Director Nick Turner. The  Grand in Ellsworth has had numerous community events skillfully MC’d by Stu including “Ellsworth’s Got Talent,” “So You Think You Know Ellsworth,” and “Dancing With the Ellsworth Stars.”. He has been the auctioneer at the Ellsworth Rotary Club Auction. He has MC’d fundraisers for Maine Coast Memorial Hospital, Poinsettia Ball.  He sets up and loans his personal p.a. system to the Town of Lamoine for their Memorial Day ceremonies, among other events.

Aside from his other two jobs, Stu is also a high school baseball umpire, a volleyball umpire, and a basketball referee. He was also the former director of Downeast Family YMCA’s referees for numerous youth sports throughout the year. His ability to connect with young people is clear as players and family approach him after a sporting event he has officiated. “He takes the time to explain the rules and even the skills involved with patience and compassion to kids and parents.” Stated Mark Remick, of Maine Storage Plus.

And as if all of this weren’t enough, Stu also plays a pivotal role as a volunteer firefighter (he is the Asst Chief) for the Town of Lamoine, which he’s done since the ’80s. He can be out on a fire call at two in the morning and gets home in time to shower and then go to Star 97.7 to broadcast the morning news.

Stu Marckoon will be honored at the Chambers Annual Awards, scheduled for May 21, 2020, in a popup event center at the Maine Coast Mall.  Information on the event, can be found online at www.ellsworthchamber.org